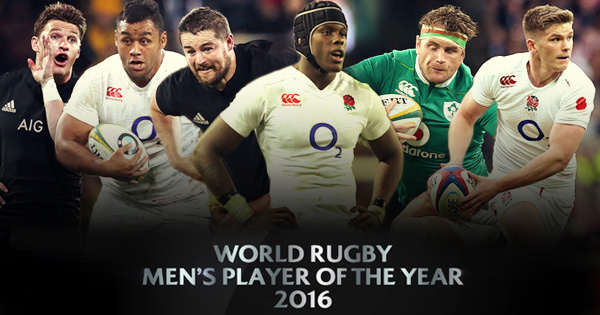 World Rugby have announced their six nominees for the 2016 Men’s Player of the Year. The shortlist comprises three England players, two New Zealanders and and Irishman. The winner will be announced at the annual awards evening in London on November 13th.

The shortlist features players who have performed at Test level for their countries, so far this year.

They were selected by an independent panel featuring former internationals and members of the media, who deliberated on every major test from the Six Nations through to those on 5 November.

ALSO: The IRPA Try of the Year shortlist