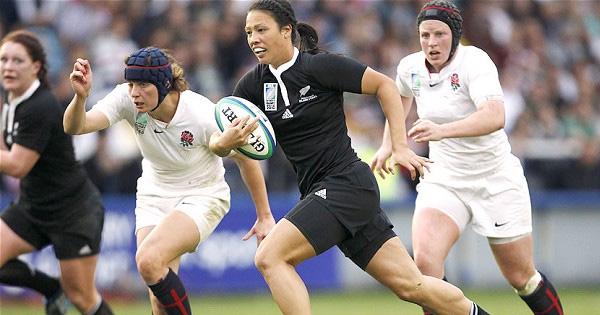 World Rugby has announced details of the first-ever official global ranking system for women’s Test rugby, with New Zealand the first team to top the rankings.

The rankings were introduced after a comprehensive process of obtaining and analysing every result from the first official women’s international matches dating back to 1987 and are based on the same criteria as the men’s rankings.

Fans will not have to wait long for some big rankings clashes as three of the top five teams will go head-to-head during this year’s RBS 6 Nations, which kicks off this weekend.

The new system, which comes into effect from 1 February 2016, will be a weighted system with the number of points available to the winning team proportional to the difference in ranking points between the teams prior to the match.

Introduction of the women’s rankings furthers anticipation ahead of an exciting 18 months of test rugby that will culminate in the much-anticipated Women’s Rugby World Cup 2017 in Ireland. 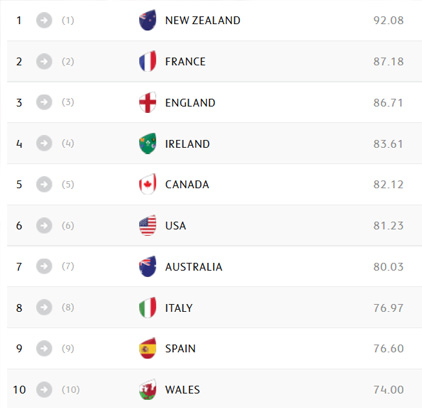 The current position of the women’s world rankings top ten

World Rugby Chairman Bernard Lapasset said: “World Rugby is committed to driving forward the competitiveness of the women’s game and the new rankings are yet another significant milestone.

“After the success of Women’s Rugby World Cup in 2014 and the excitement building up to the next edition in 2017 in Ireland, it’s vital for international teams to have a rankings focus that will drive exposure and interest as well as increasing the competition schedule, as it encourages member unions to play more test matches.

“It’s a positive step for one of the fastest growing team sports in the world, as it brings parity with the men’s game. Today’s announcement also comes as a timely boost ahead of what will be an exciting Women’s Six Nations Championship.”

The criteria for the World Rugby Women’s Rankings are in keeping with the men’s rankings system and will be updated after all women’s test matches.

Similar to the men’s rankings, teams will be penalised an equivalent amount to a loss to a significantly lower ranked team per year if they do not play any matches in the space of two calendar years.