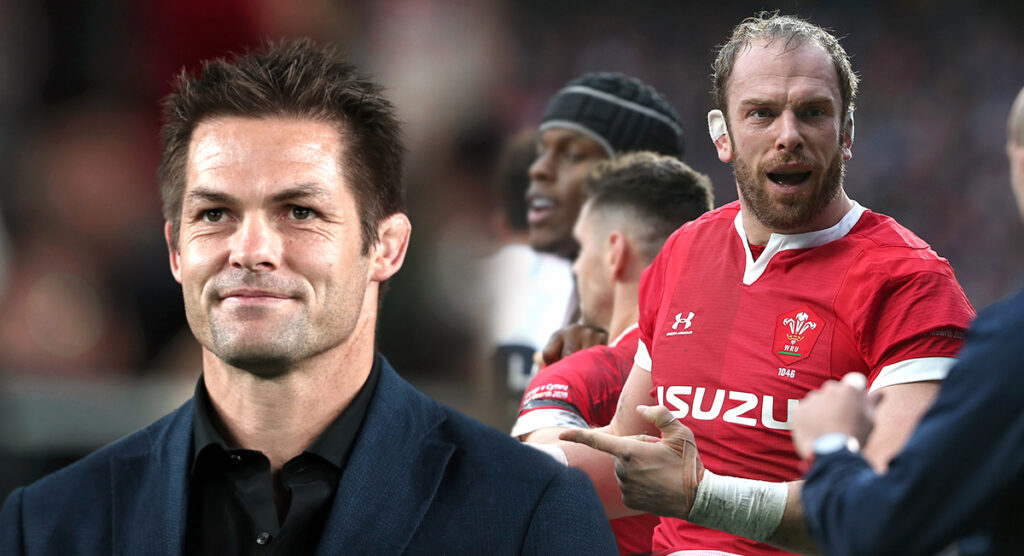 The 35-year-old lock plays his 148th game for Wales and the British and Irish Lions.

Paying tribute to Jones, head coach Wayne Pivac said: “It is a fabulous achievement. He epitomises what a great rugby player is all about.

“He is a true professional on and off the field, and a gentleman of the game. On the field he leads by example and you can’t ask more of your captain. We are very privileged here in Wales to have him.”

Wales’ first match for seven months sees a return for centre Jonathan Davies, who has not played Test rugby since suffering a knee injury during the World Cup last year, while Pivac has named uncapped Gloucester wing Louis Rees-Zammit and Ospreys hooker Sam Parry among the replacements.

The side is packed with experience, including a 96th cap for wing George North, while scrum-half Rhys Webb edges out Gareth Davies to make a first Wales start in almost three years, and Dan Biggar wears the number 10 shirt.

In the pack, hooker Ryan Elias takes over from shoulder injury victim Ken Owens, with Cory Hill partnering Jones in the second row and Aaron Wainwright starting at blindside flanker in tandem with back-row colleagues Justin Tipuric and Taulupe Faletau.

Pivac said: “The players are excited. It has been a long time and we can’t wait for Saturday. We have six matches this autumn, and the game against France helps us get back into our stride, international rugby-wise.”

Wales play their delayed Guinness Six Nations game against Scotland next week, and Pivac will use the match at Stade de France as full-blown preparation for that encounter.

As halfback Finlay Christie ran out the clock to see Tasman collect their second straight Mitre 10 Cup Premiership title, the emotion of the season was apparent on both sides.

The Wallabies concede they face a tall order beating the Pumas by 101 points to steal the Tri Nations trophy from under the All Blacks' noses.

Burns has been given an opportunity to stake a claim for the number 10 jersey against Georgia with Sexton out injured.

His increased involvement led to more screen time on the TV broadcast, where fans began to notice Clarke looked different to the rest of his teammates, appearing to have a different uniform.