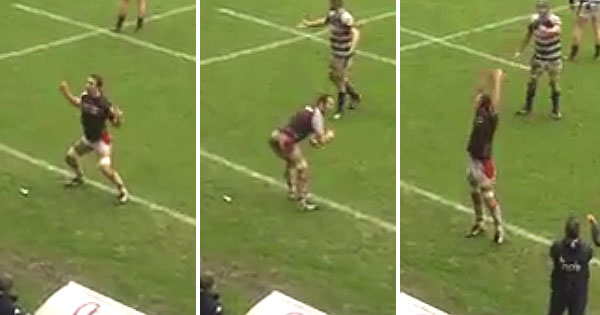 Lille player Antoine Pierre recently found out that if you get yellow carded and then choose to wind up the away crowd by playing the fool and dancing on the sidelines, it generally won’t go down well. Pierre’s shenanigans against Vannes, in Federale 1 in France, resulted in an early shower.

He was already being booed so decided to egg on the crowd even more, but the referee didn’t appreciate his dance moves, so promptly changed the yellow card to red. Lesson learnt!