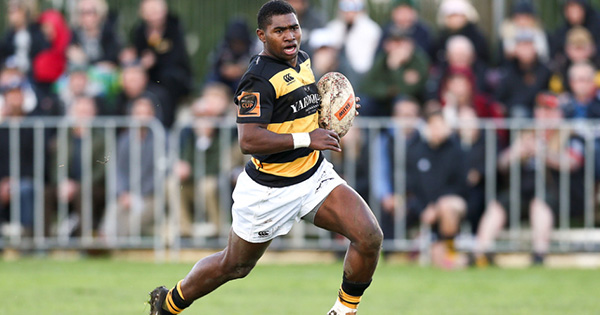 Looking very much like his older brother, Kiniviliame Naholo was in great form over the weekend. The 19-year-old sliced through the Poverty Bay defence to help Taranaki to a 78-0 whitewash in their Ranfurly Shield match.

Naholo’s tries on Saturday should come as no surprise, given his dominance in his last year for Hastings Boys’ High School’s first XV – 40 tries in 20 matches.

Naholo scored two of Taranaki’s 12 tries on debut and looked every bit as quick and elusive as older brother and All Blacks winger, Waisake. Though at this stage he may not be facing the same level of defence, one doesn’t very easily beat five defenders on one play.

In another eye-opening moment, his pace and skill set up Lutu Vaeno en route to his hat trick. Naholo then later scored again, running a strong 45 metres after a nice step.

Who knows, maybe some day soon the All Blacks will have yet another brother pairing in Tests.

The Mitre 10 and Heartland Championships are set to get started in a few weeks’ time.