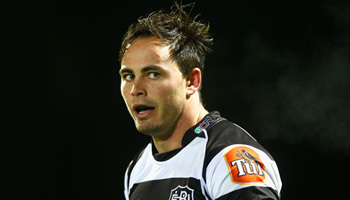 Zac Guildford has pleaded guilty after he was cited for a dangerous tackle in an ITM Cup match against Counties Manukau last Friday. Guildford picked up and dropped the opposition player, but it wasn’t actually spotted by officials at the time.

Guildford acknowledged his actions were a breach of the law and he accepted his wrongdoing, and New Zealand Rugby Duty Judicial Officer Chris Morris accepted Guildford’s plea of guilty.

‘A tackle that ends with a player lifted and then dropped to the ground with their head and/or upper body coming into contact with the ground first is considered particularly dangerous due to the risk of serious injury to the tackled player.’

Mr Morris indicated a low end entry point and, in line with SANZAR decisions this season, added two weeks as a deterrent to these tackles before offering a two week discount after taking into account the player’s remorse, admission of responsibility and clean on-field judicial record when considering the sanction.

Guildford has been suspended from all forms of the game for four weeks up to, and including, Thursday 24 September 2015. This means that he will miss Hawke’s Bay’s next four ITM Cup matches against North Harbour, Canterbury, Bay of Plenty and Auckland.

Former All Black Guildford has returned to New Zealand after a stint at Clermont Auvergne in France. His much publicised addiction issues are reportedly taken care of, and despite this unfortunate tackle, he has said that he is more focussed and determined than ever.

"As tough as it has ever been" - Wayne Pivac