25 years on, Joel Stransky and Andrew Mehrtens sit down to discuss their epic 1995 RWC battle 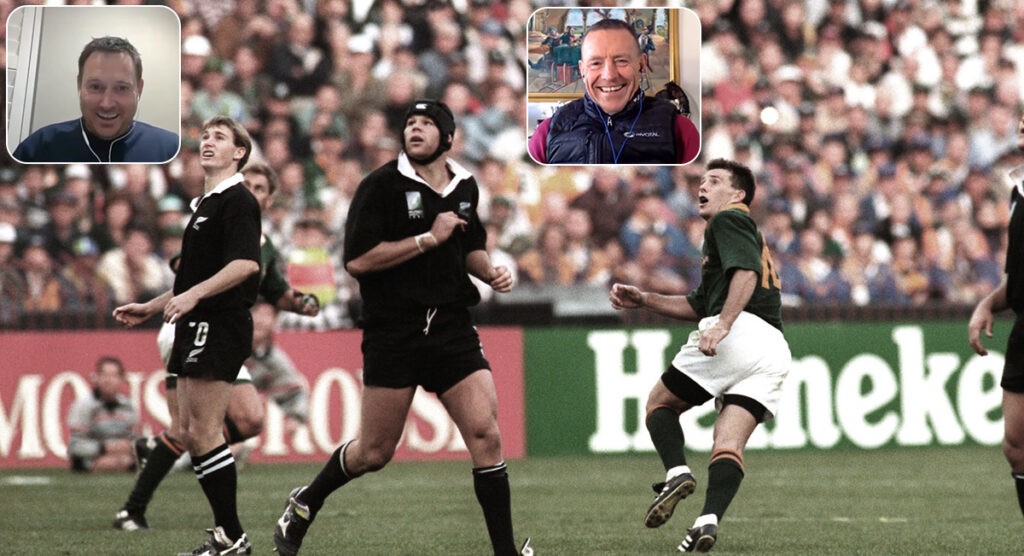 Today marks the 25-year anniversary of South Africa’s famous victory in their first-ever Rugby World Cup, where they won on home soil against a powerful New Zealand side. The match was made up of penalties and drop goals, with Joel Stransky and Andrew Mehrtens responsible for all of them.

They sat down with South African journalists Brenden Nel and Gavin Rich to discuss their rivalry in that final, and the tournament on a whole.

The two number tens, who have of course since become good friends, kicked three penalties each in that final, but it was Stransky’s two drop goals, to Merhtens’ one, that gave the Springboks the deciding edge in extra time, for a historic 15-12 win.

The 1995 New Zealand team were an incredible force, with Jonah Lomu barging his way through the tournament, and England in the semi final in particular.

There are some parallels with the latest Rugby World Cup, in Japan, where the semi final team again looked like favourites but weren’t able to repeat that standard against South Africa in the final.

Stransky and Mehrtens touch on this from both sides and tell some wonderful anecdotes and bits of inside info from their respective experiences.

It’s an hour-long chat but for fans of either country or rugby history in general, this is well worth getting comfortable for.