5 times the most Australian man in Australia, Nick 'Honeybadger' Cummins, broke the internet 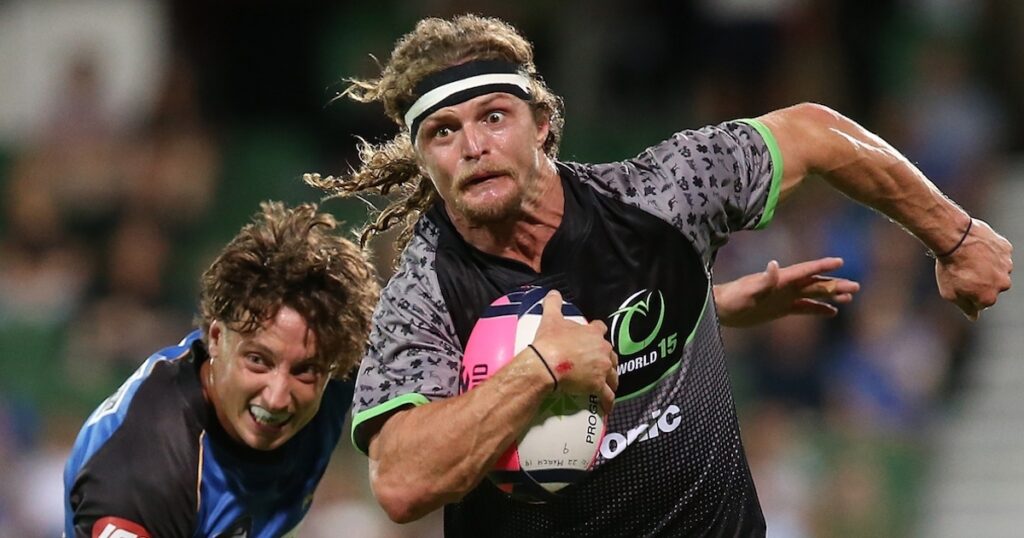 Australia’s Nick Cummins is one of the most entertaining characters in rugby. Known for his outlandish sayings from the bush, his flair on the pitch and his notable blunders, there is never a dull moment with the man they dub “The Honeybadger”.

Here are five of his most memorable moments from over the years.

Ever hear that expression “just knock it off the park”? Well that’s what Cummins had in mind when he sent this quite frankly, shocking kick flying. Late in the game against the Lions and under pressure at scrum time, Cummins had to relieve that pressure, but instead cost his side a try under the sticks.

Clearly man-of-the-match in the Force’s encounter against the Highlanders, Cummins delivered one of his now trademark post-match interviews on Sky New Zealand. Phrases like “head over biscuit”, “into ’em” and “mad as a tree full of galas” were given a brand new audience demographic as a result.

He’s not all fun and games, and this superb last-gasp tackle on the Crusaders’ Johnny McNichol proves just that. Cummins showed great defensive nouse and speed to get back in time to stop the winger and brilliant work to make sure McNichol’s legs were dragged into touch right before the ball was touched down.

The less said about this hilarious poetry slam, the better. Let the man himself explain…

5. Try scoring for the Baa Baas

We can’t feature the Honeybadger without including a (meat pie) try. As much as Cummins is known for his wackiness on and off the field, like most wingers, he has an eye for the try-line.

Perhaps one of his more polished finishes was for the Barbarians against Australia at Twickenham, off the back of a great set-piece move.

He uploaded this one to his instagram just a few days ago. He claims he didn’t know what it was for, but we would guess it was Man of the Match when he played against Italy a few years ago.

Have you ever won an award and not known what it’s for?