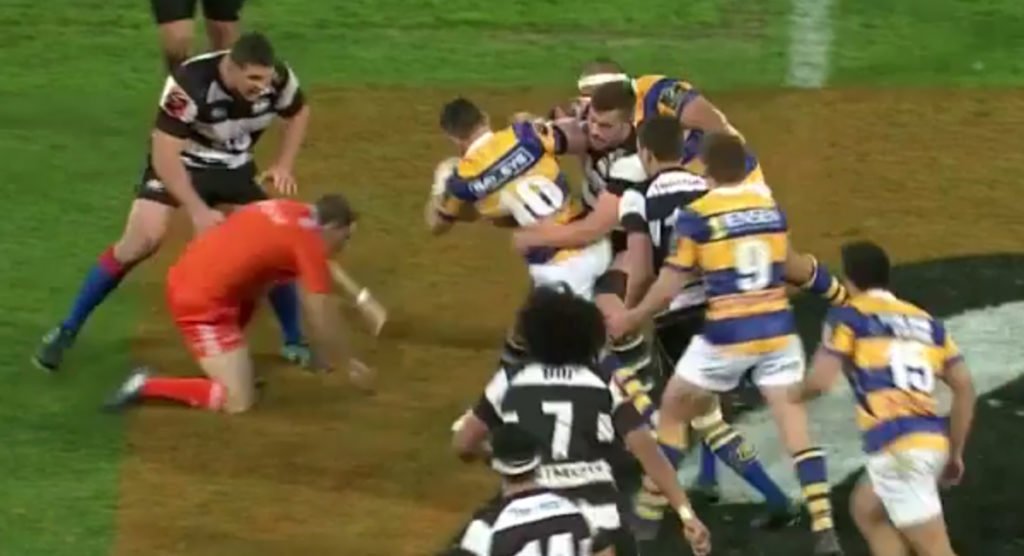 After a number of bans of late, this is one that went the other way as Ben May’s citing for pushing a referee was dismissed. Here is a quick look at the incident as many had not seen it.

Hawke’s Bay prop May was cited for foul play in his team’s Mitre 10 Cup match against Bay of Plenty. The referee came into May’s path as he was attempting to get into a position to make a tackle, if it was needed.

He was cited for deliberately pushing the referee, contrary to foul play law 9.27, Players must respect the authority of the referee.

In the Citing Commissioner report, it was noted May was on defence and while he had other options available to him, instead of avoiding the referee he deliberately pushed him in the back.

After considering the evidence from May and video evidence of the incident, Judicial Officer Helen Morgan found there was a technical breach of the law but it was not sufficient enough to justify a citing (or a red card).

Mrs Morgan found the contact by the player on the referee was not deliberate and was a clumsy response to the attack by a nimble opponent.

This citing was not upheld, and May was free for selection for his team’s upcoming Mitre 10 Cup fixtures.