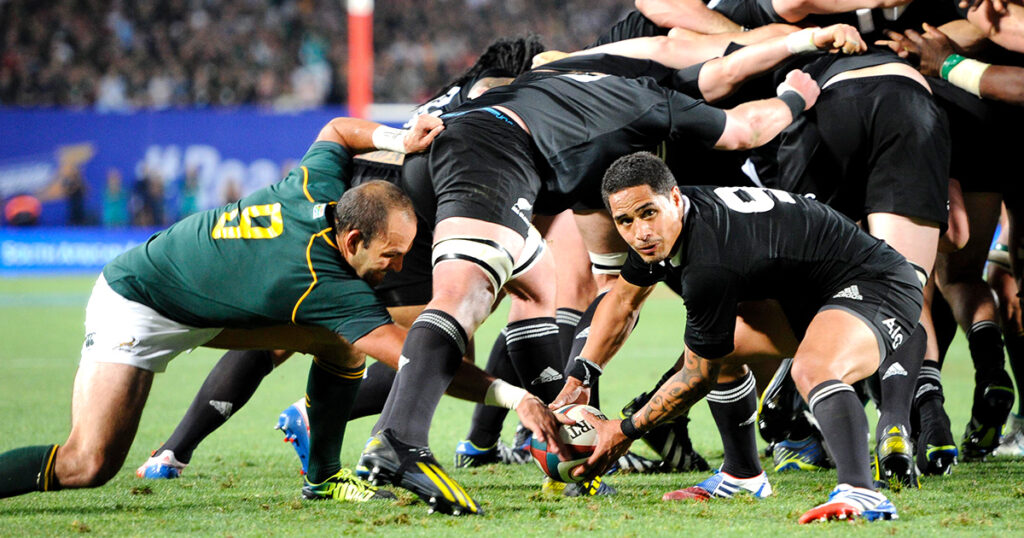 All Blacks scrum-half Aaron Smith has said that his South African counterpart Fourie du Preez was the best No9 to play at a Rugby World Cup.

Smith, who is regarded by many as one of the all time great half-backs, made this claim about the 76-cap former Springbok on Twitter recently.

In a career that spanned eleven years between 2004 and 2015 and covered three World Cups, du Preez lifted the Webb Ellis Cup in 2007, as did Smith eight years later.

On top of his World Cup win and three Super Rugby titles with the Bulls, the South African is remembered as one of the great tactical minds the game has seen.

The two players faced each other twice in Test rugby, with New Zealand coming out on top on both occasions. In fact, Smith was du Preez’s opposing No9 in his final ever game for the Springboks, in the World Cup semi-final in 2015.

Smith is not the only player to hold du Preez in such high regard. Australian great Will Genia also named the Springbok as the greatest scrum-half of all time recently. Those two faced each other on six occasions in international rugby, including the World Cup quarter-final in 2011.

Smith is the only one of these three that is still an active Test player as Genia retired from the international game at the end of the 2019 World Cup. The 32-year-old will continue to add to his legacy in the years to come, which will include becoming a centurion this year.