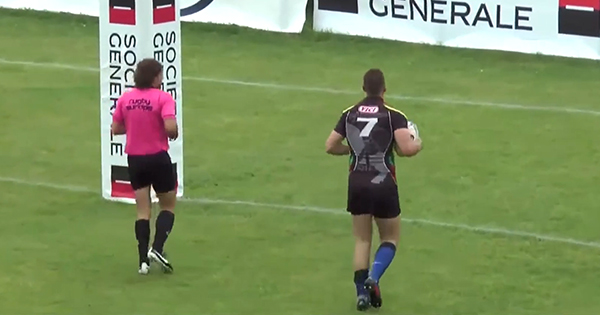 This 7s match took place between Lithuania and Croatia in summer last year, and just minutes in, it provided us with one of the worst (best?) rugby bloopers we’ve seen in a long time. It was so bad, we had to get out the orchestra for the edit.

The ridiculous blooper featured big Lithuanian winger Domantas Baguzis, who appeared to have secured a well taken try after a nice counter-attack from 80 meters out.

As we have seen on numerous occassions though, whether it was time wasting, showboating or just not realising that danger lurked, he was well and truly shown up by the determined tackle.

While all credit should go to the Croatian tackler that chased back to ruin the party, 25-year-old Baguzis is actually the one that told us about what happened. So he clearly doesn’t mind the ribbing, of which it would have been significant, after this howler of a mistake!