After his three day bender, a fragile Alex Goode reveals all 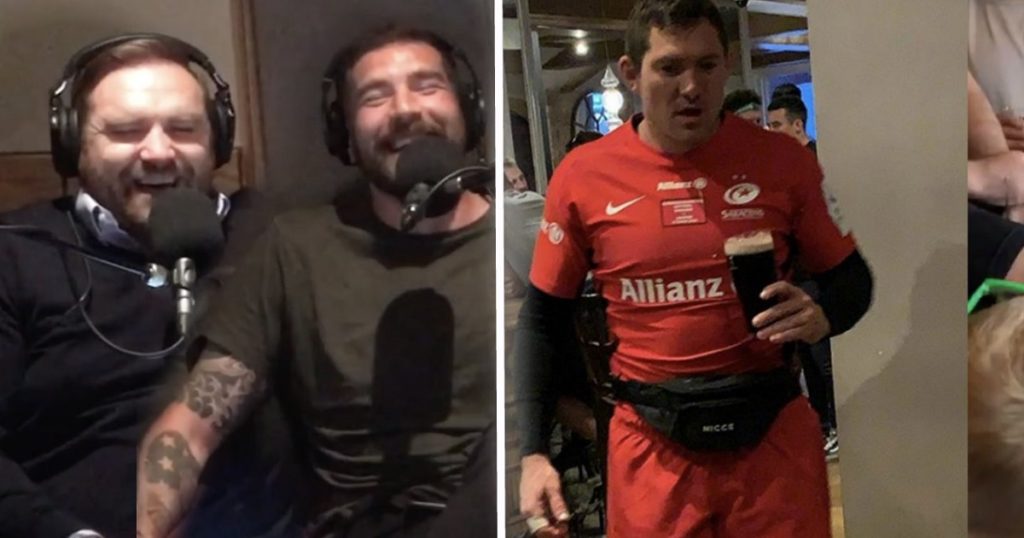 Now a viral sensation following his epic Champions Cup celebratory bender, it’s safe to assume that Saracens full-back and European Player of the Year Alex Goode will not be part of the matchday squad to face Worcester this weekend.

Despite his fragile state after a 48-hour session, Goode still managed to pull himself together and explain all to The Rugby Pod, proving that at 31-years-old, the man has still got it.

It’s not the first time that Goode has celebrated in this way; indeed, the full-back did a similar thing after Sarries’ first European triumph in 2016, when they beat Racing 92 in Lyon.

Goode admitted that the team had “stayed out a bit later than I’d have wanted, for an all-dayer” before ending up at team-mate George Kruis’ house later on. This is something of a tradition with Saracens it has turned out, and something the big second row continually fails to see the funny side of!

Goode’s antics are perhaps not uncommon with rugby players, as most clubs will attest to “The Third Half” being actively encouraged, particularly after a title win. But that his celebrations were done so publicly is frankly quite refreshing in today’s corporate world, where players are constantly having to think about the PR of the club.

And at 31 and still seemingly out of favour with England boss Eddie Jones, Goode has every reason to lap up each triumph before his career is out.