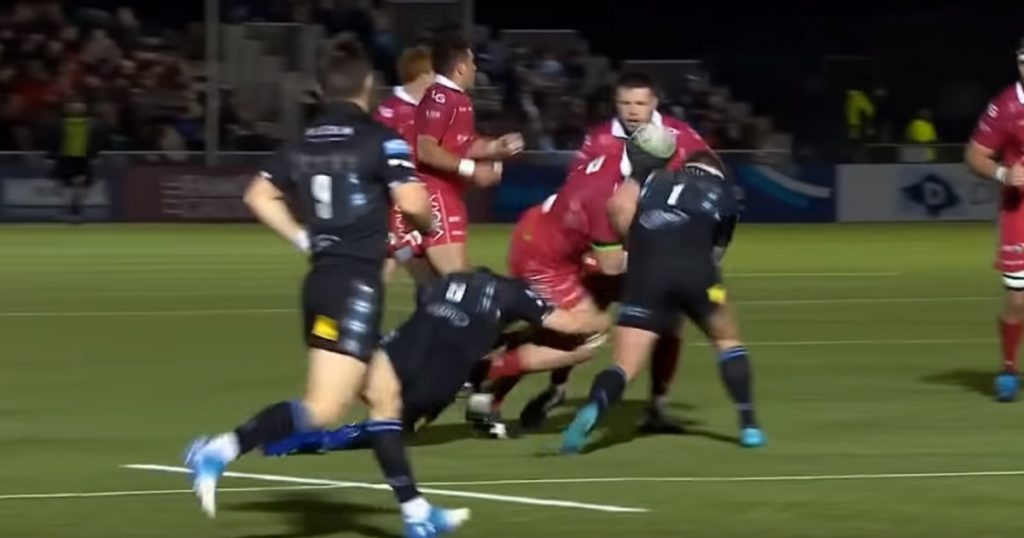 Glasgow Warriors pulled off one of the results of the season by beating the Scarlets 29-20 at Scotstoun, despite losing prop Alex Allan to a red card early in the game.

The main subject of controversy in the past year, rulings on head contact have proved divisive among fans and players alike. Allan was the latest to feel the brunt of harsher sanctions.

The incident occurred just 17 minutes into the game when Allan’s shoulder came into contact with the head of Scarlets second-row Jake Ball.

It looked fairly innocuous at full speed, but when TMO Charles Samson reviewed it, the letter of the law ruled that Allan’s challenge had been illegal. Referee Frank Murphy was therefore left with no other option but to brandish a red card.

What happened thereafter was nothing short of a miracle for the Warriors. Unperturbed by going down to 14-men, they scored just before the half-hour mark through fly-half Brandon Thomson, who also kicked five penalties.

Glasgow then took control of the game at the start of the second period when Nick Grigg touched down following a kick through from full back Ruairidh Jackson, which Thomson also converted to take the Warriors 20-3 ahead.

The Scarlets fought back to make a contest of the game in the final quarter through scores from Jonathan Davies, Steff Evans and Clayton Blommetjies, but it was all too little, too late.

There was a similar incident to Allan’s in the second half as Scarlets replacement Tom Phillips clipped Tim Swinson’s head, but Murphy and the TMO deemed the contact to have started on Swinson’s shoulder before riding up to the head.