All Black player interviews after Bledisloe Cup win in Wellington 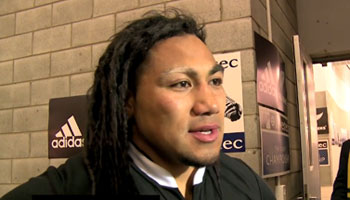 The All Blacks secured the Bledisloe Cup as they beat the Wallabies 27-16 in Wellington on Saturday. Directly after the match AllBlacks.com’s James Somerset took to the field to have a chat with some of the key players from the winning side.

Tom Taylor, who you can see in a bit of pain at the end of the video, injured his ribs and will be out for three weeks. He played well on debut but is now the fourth injured All Black flyhalf.

Taylor said the pressure ahead of the match was immense. Not only was he a surprise selection, but he is the son of 1987 RWC back, Warwick. “It hasn’t been a normal week but I tried my best.”

In the above video we get to hear from Israel Dagg, Ma’a Nonu and Taylor