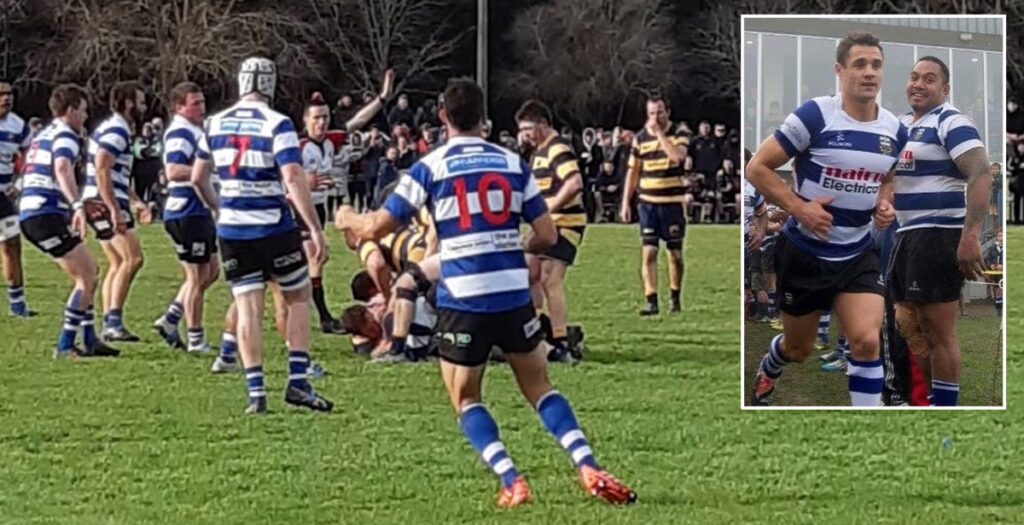 All Blacks legend Dan Carter played a full 80 minutes for grassroots club Southbridge on Saturday in the Coleman Shield and got involved in a scuffle on the pitch.

The 38-year-old ran out for the club side as he aims to reach match fitness for the Blues in Super Rugby Aotearoa and he was reportedly close to the action when tempers flared against West Melton in Canterbury.

Fortunately nothing more than some pushing and finger pointing happened to Carter but one of his teammates was shown red. The legendary fly half has since released footage of him celebrating in the changing rooms after full time.

Unsurprisingly with the GOAT playing number 10 Southbridge won the game 54-14.

Other footage from local fans shows Carter slotting a conversion and the veteran took the time to take plenty of selfies in the clubhouse after the match.

He asked for a photo and some tips @dancarter_ seriously what a legend, humble and cool guy #upthebridge

Carter is the all time top points scorer in Test match rugby and earned 112 caps for New Zealand, winning two World Cups in the process.