With the 2022 Steinlager Series just under a month away, this will see a thrilling three-part test series facing the mighty All Blacks up against their bogey team Ireland.

The emerald isle achieved just their first-ever victory against the three-time world cup winners back in 2016. This has appeared to be a springboard for success, as Ireland have come out victors against New Zealand in three of their past five matches.

The Steinlager Series is set to start on Saturday 2nd of July against Ireland at Auckland’s Eden Park. This will be followed just a week later down in the south island at Dunedin on Saturday the 9th of July.

This battle will reach its conclusion on Saturday the 16th of July as the men in green look to handle their formidable opponents in what is locally known as ‘Windy Wellington’.

It has been 10 years since New Zealand have hosted the Ireland rugby team. With the two sides closer matched than ever, this will be a thrilling series for supporters and neutrals worldwide. 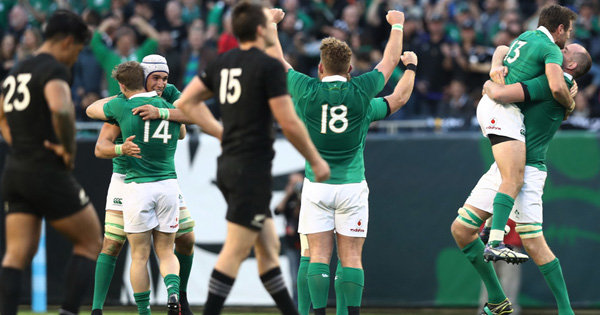 With this occasion just over the horizon, many Kiwi fans are starting to discuss who should be playing in that famous Black jersey, and in which position.

Common talking points currently are; Richie Mu’anga or Beauden Barrett for that outside half shirt? Jordie Barrett at 12, or 15? If at 12, does that give the 15 shirt to Will Jordan? Or does Damien Mckenzie come back into the fold? What about Julian Savea…has he done enough for a recall?

All those questions and we haven’t even begun to start thinking about the centre partnership, or even pondered any of the different forward combinations that are on offer.

Fortunately, we don’t have to.

Those heading up the New Zealand national side have those unenviable decisions to make.

Ian Foster and Grant Fox share insight into the selection process ahead of the All Blacks upcoming squad announcement.