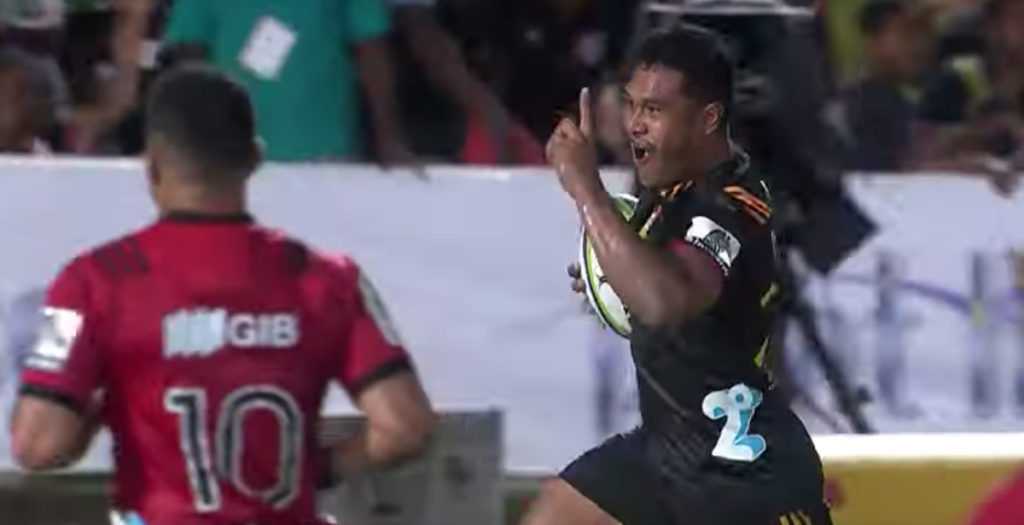 Crusaders fly half Richie Mo’unga had an absolute nightmare against the Chiefs in Saturday’s Super Rugby clash when he gifted the opposition a try from a 22-metre restart.

The Crusaders were trailing by six points with less than three minutes left on the clock when Mo’unga tried a delicate kick to his teammate Kieran Read in an attempt to retain possession.

However Chiefs replacement Tumua Manu read the play and intercepted the ball, leaving a clear run to the line to secure a win against the reigning champions.

The game finished 40-27 to the Chiefs in Fiji leaving them third in the New Zealand conference while the Crusaders remain firmly on top of the table.