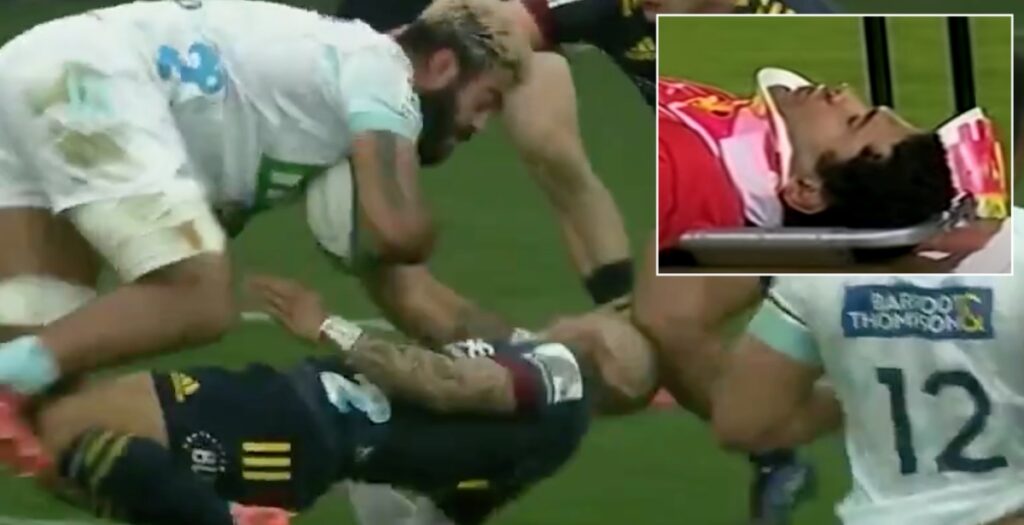 All Blacks scrum half Aaron Smith was brutally folded in half by Akira Ioane as he attempted to tackle the Blues number eight in Sunday’s Super Rugby Aotearoa clash.

Ioane carried hard and low straight towards the Highlanders star, who bravely attempted to chop the 113kg forward around his legs. Unfortunately for Smith the power of Ioane was too great and he buckled under the pressure, folding onto his knees in dramatic fashion.

The utter dominance of Ioane’s collision is reminiscent of this infamous challenge made by the late Jerry Collins on Colin Charvis in 2003.

Ioane’s dominance is also representative of the scoreline, with the Blues running away with a 21-32 win at Forsyth Barr Stadium. Full match highlights are available below: