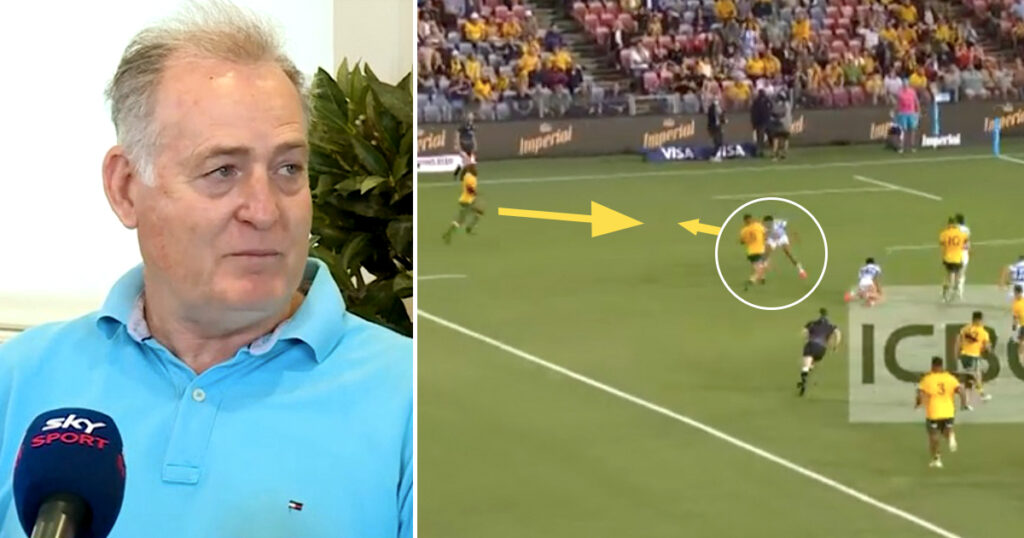 Outspoken Wallabies legend David Campese has said that rugby might have lost it’s flair factor, following Australia’s 15-15 Tri Nations draw with Argentina this past weekend. Campo touches on other topics too, such as the day the fearsome Jonah Lomu followed him around the field, and why.

After Argentina upset the All Blacks, this past weekend’s clash was always going to be tight and as it turned out, the two sides couldn’t be separated on the scoresheet.

The Wallabies did have a disallowed try though, from a flowing backline move that unfortunately for them ended with a Tom Banks forward pass.

Campese felt that the pass could easily have been avoided, if winger Marika Koroibete had just read things better and come in off his wing on the angle, allowing Banks to make a much easier short pop pass, rather than needing to flick it wide under pressure.

“All the winger had to do was just change his angle to make it an easier pass,” he told Grant Nisbett and Justin Marshall on the new Playmakers podcast show.

“But, because, for the last ten, fifteen years there’s none of us older guys been putting knowledge back into the younger guys, you can see that some of these guys are struggling in [a] position where they’re not really sure, to me that’s what I reckon, what their role is.”

He added that when he played, the coaches weren’t allowed near the field, meaning that players had to make decisions themselves.

“Players should be able to make decisions… You should know what your role is. And I just think that we’ve lost that.”

The 1991 Rugby World Cup winner went on to discuss the All Blacks, Jonah Lomu and a whole lot more.

As a result of the draw, all three teams now sit on six points, with Argentina having a game in hand.

Catch up on the full match highlights below: