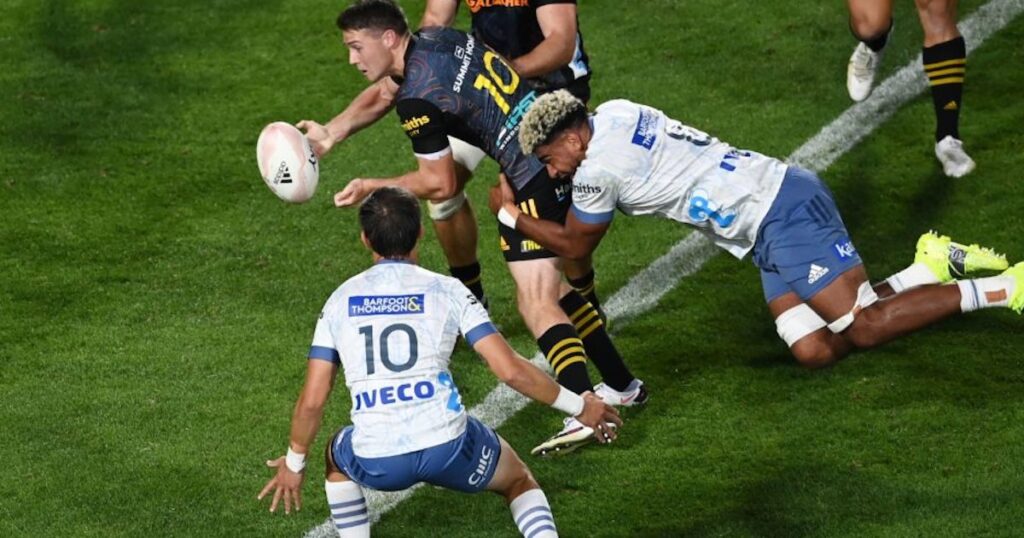 But while that’s a sweeping statement which quite simply isn’t a fair representation of northern hemisphere rugby, the truth of the matter is that the game down under, and particularly in New Zealand, almost feels like an entirely different ball game.

There are a number of reasons as to why that appears to be the case. Firstly, while New Zealand certainly gets its fair share of wet weather during their season, the climate in the southern hemisphere compared to up north for the majority of the season is more favourable, which means that running rugby is far easier to manage.

Secondly, there is an unwritten rule in Super Rugby, whereby defence largely comes second after attack. Former Crusaders assistant coach Ronan O’Gara said in a recent podcast that it was almost a case of each team taking turns at attacking, with defence desired but not an obligation.

That’s an overly simplistic analysis of the New Zealand game, especially as some of the most prolific defenders ply their trade in NZ. But it is clear as day that attack rules and that this facet of the game is a key part of entertaining matches.

Less defence focus and more attack may suggest that New Zealand teams shirk the work-rate of other nations, which is also a myth. In a recent RugbyPass video from former England player Rob Vickerman, the amount of “grafting” at the breakdown and support running is just one area where New Zealand teams excel, ultimately leading to scintillating tries.

It can also be argued that the rugby culture embedded into New Zealand youth and a penchant for playing the game it is supposed to be played (i.e. running and passing into space and at speed) is the main reason why the style of play in the southern hemisphere is so different to up north.

But it’s not as if that type of game is totally foreign in the northern hemisphere. Indeed, that kind of free-flowing game, support running and high-scoring encounters is actually starting to become something of the norm now. The only difference is that in New Zealand, this has been indoctrinated into youth teams, ITM Cup and all the way up through Super Rugby franchises to as far as the All Blacks.

To add another theory to the way New Zealand teams seem to produce entertaining rugby year-on-year, The XV writer Ben Wylie spoke with New Zealand’s National Referee Manager Bryce Lawrence about key changes in the interpretation of the offside laws which, despite cutting the number of clean breaks, is actually making teams make more metres.

“Despite the rate of clean breaks — carries which usually result in large gains — having fallen since last year and the rate of defenders beaten remaining constant, the average number of metres gained per carry in Super Rugby Aotearoa has jumped from 3.5m in 2020 to 4.1m in 2021,” Wylie explains.

Cutting down on offside discrepancies seems to be doing the trick, ensuring attacking sides have more space to play and leaving the defending teams stand off so as not to get pinged by the refs.

You can read Ben’s full article on The XV here [subscription required].