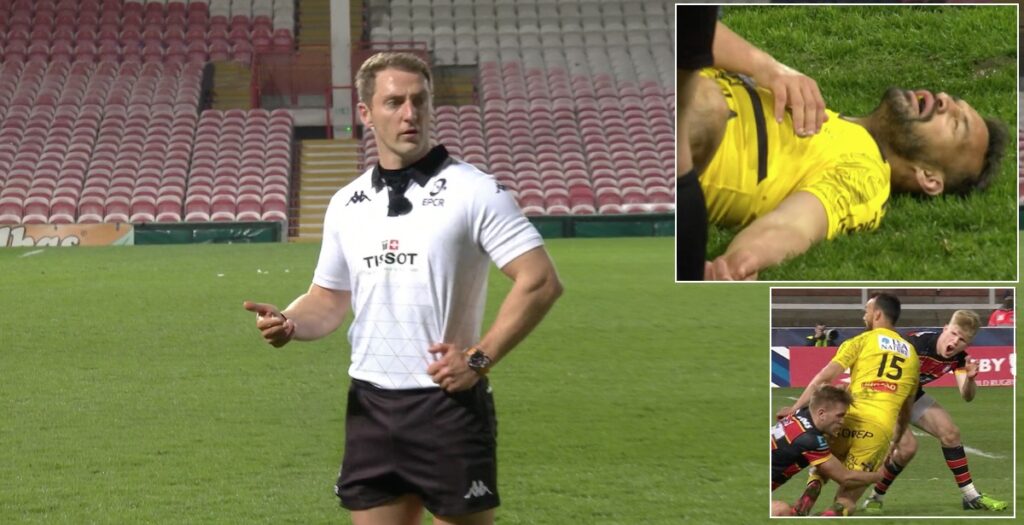 Midway through the second half at Kingsholm La Rochelle full back Dillyn Leyds attacked the near touchline when he was taken down in a double tackle from Chris Harris and George Barton.

The initial challenge from Harris brought down Leyds and resulted in an unfortunate collision between Barton and the head of the South African full back.

While consulting with his TMO, Brace said: “I’m seeing a drop in height, significantly. The player’s making a genuine attempt to make a legal tackle and that ball carrier is just falling into him so I’m not seeing any fault in the tackler.”

Following the decision to play on, commentator Ugo Monye added: “What Andrew Brace has done there is apply common sense to the law and got a very good outcome.

In the end it was La Rochelle who came away with a 16-27 win to knock Gloucester out of the competition and full match highlights are available below: