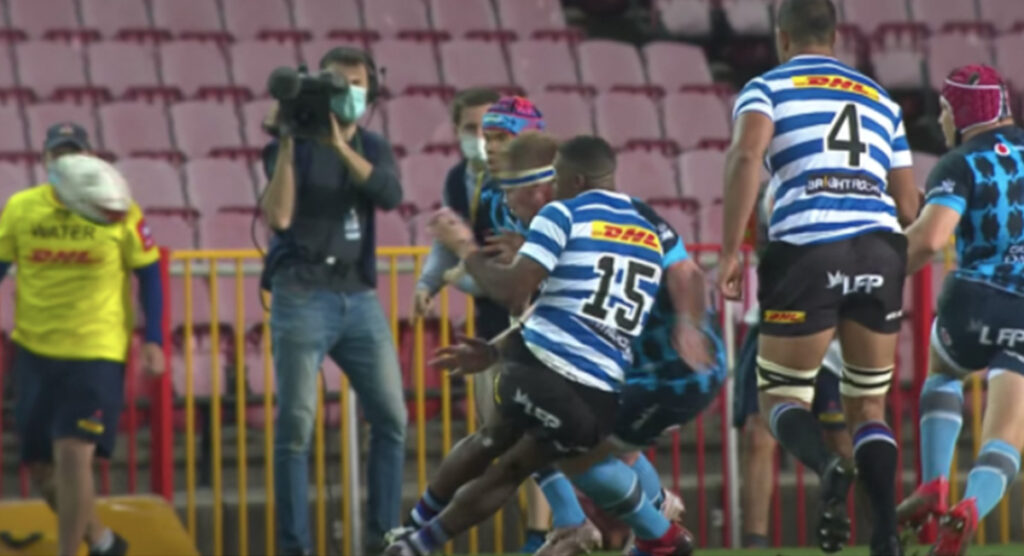 Bulls loosehead prop Jacques van Rooyen found himself in hot water during the second half of their 22-20 victory over Western Province in South Africa’s Currie Cup. The TMO spotted a dangerous tackle that flattened fullback Warrick Gelant and after further discussion, the initial yellow card was changed to red.

Bulls head coach Jake White was quick to take issue with the decision.

“I don’t think it was justifiable as a red card. Warrick Gelant got up and carried on playing, he didn’t even get banged on his head, he hit him on the shoulder.”

However, World Rugby’s laws regarding dangerous play consider the tackle, not whether the affected player carries on:

Despite being a man down for most of the second half, the Bulls went on to claim the tight win.

It’s another foul play talking point, after many were confused why All Blacks prop Tyrel Lomax only saw yellow for his forearm against an Argentina player lying on the ground in their Rugby Championship match.

Since this Currie Cup game, the Supersport panel of Owen Nkumane, Robbi Kempson and Swys de Bruin analysed the red card and gave their views on the decision, and the role of the TMO.