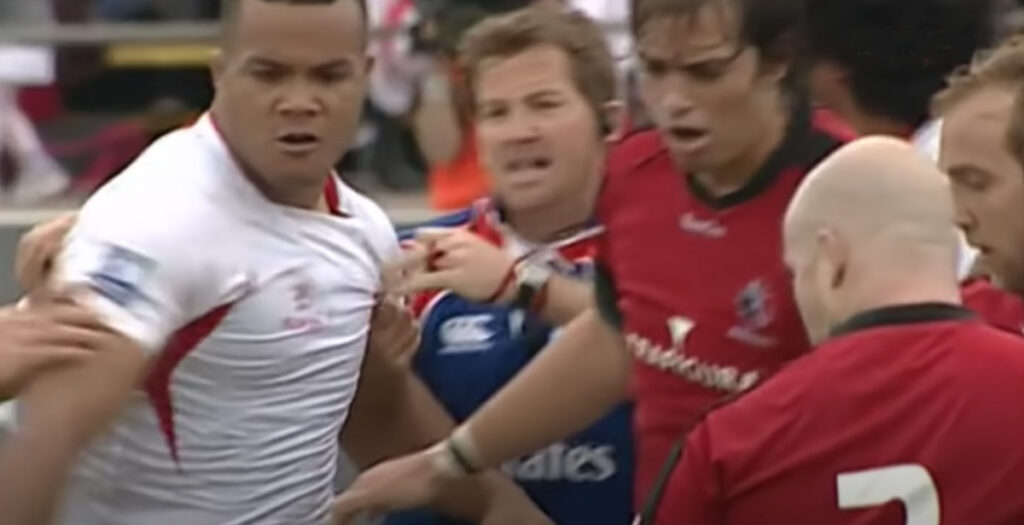 Aholelei’s right-hander came just moments after centre Siale Piutau sparked a fight with Canada hooker Ray Barkwill in a ruck. The Bristol centre then started throwing punches at the opposition fly half which set off a brawl in the centre of the pitch.

Both sets of players joined in with referee JP Doyle stuck in the centre of the action trying to tame the situation to limited success.

Eventually the players began to calm down, but just as they did Aholelei threw one last nasty punch to the face of Sinclair, knocking the flanker to the ground.

Doyle had no option but to send the hooker off but Piutau, the clear instigator, escaped without punishment at the Richardson Memorial Stadium in Kingston, Ontario.