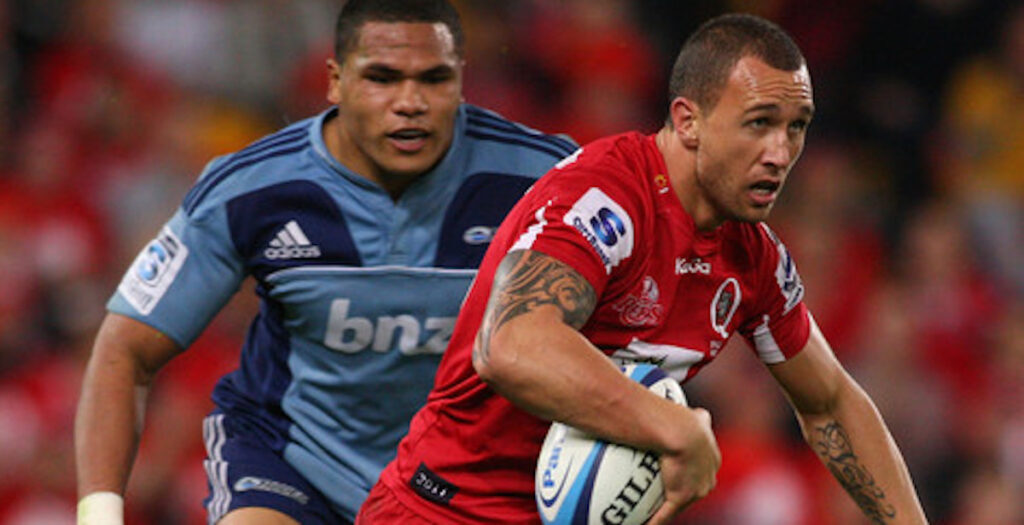 Quade Cooper has been making headlines with his Instagram trick passes during this period of self isolation under the COVID-19 pandemic.

Although he joined the Melbourne Rebels in 2019, the 32-year-old played the majority of his club rugby at the Queensland Reds where, as a young fly half, he caught the imagination of rugby fans worldwide.

One of his most memorable performances for the Reds came in the Super Rugby semi-final against the Blues in 2011 at Suncorp Stadium.

At the age of just 23 Cooper ran the show with some insane footwork and kicking displays to help the Reds to a 30-13 win.

Cooper’s assist for Ben Tapuai on the right hand touchline will remain one of the most iconic moments of his illustrious career and highlights of this outstanding performance as well as the full match are available below:

The fly half also represented Australia 70 times alongside scrum half Will Genia to create one of the greatest half back partnerships of the modern era.