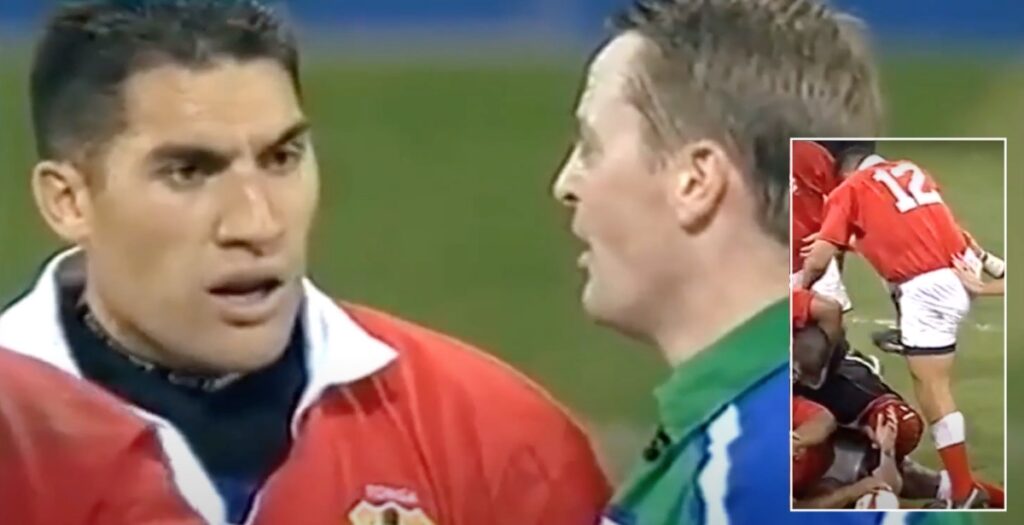 Former Tonga centre Gus Leger received a straight red card back in 2001 for a vicious stamp on his international debut at the Millennium Stadium.

The inside centre struck the back of Welsh lock Ian Gough’s head as he lay at the bottom of a ruck late on in the match.

Referee Rob Dickson stopped the game immediately to brandish the red card and after the Tongan was given his marching orders, he exchanged some unsavoury words with the official and then ignored him as he departed the field.