It was a half of ill discipline and stoppages but Los Pumas head into the break leading 19-10.

Argentina dominated the early exchanges of the encounter and their efforts were rightly rewarded with a try from Pablo Matera after some controlled phase play. 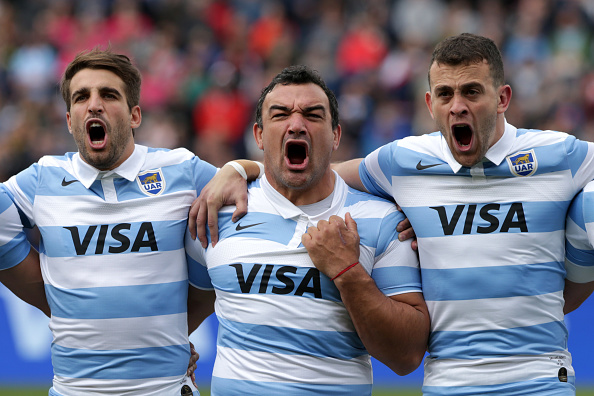 The Argentina squad showed their famous passion during the anthem

Less than five minutes after however, Los Pumas failed to clear their lines and the seven point lead was reduced to four thanks to the boot of Quade Cooper.

After the Wallabies’ penalty, Argentina continued to mount pressure on the away side and ill discipline would lead to Argentina slotting two penalties in the space of five minutes to take the scores to 13-3 after 15 minutes.

It was a very stop start first half of the game with neither side able to hold onto the ball for long periods of time. With ill discipline and the referees whistle dictating play more than anything else.

Australia’s first try came from what was quickly becoming Argentina’s achilles heel in the match – failure to clear their lines.

Los Pumas gave away a penalty directly from kick off following their earlier three pointer, which was kicked to the corner by Australia.

From the resulting line out, some slick Australian hands worked the ball to Quade Cooper who delivered a beautiful pop pass to winger Jordan Petaia on a brilliant lopped arc, who broke the Argentinian defensive line to dot down for Australia’s first try of the match. (13-10) 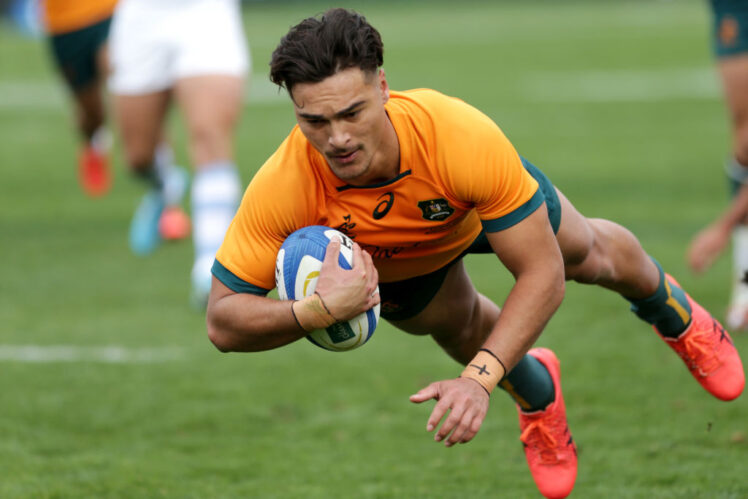 Jordan Petaia dives in to score

Cooper looked like the most likely to spark the game into life, and he gave the crowd flashes of his infamous goose step and tricky footwork. He also pulled of a brilliant offload on the Argentinian try line but it couldn’t be gathered by any of his teammates.

Argentina had another chance to score at the end of the half but gave away a penalty during an attacking lineout, giving Australia the easiest of exists.

However, sticking to the theme of the game, Australia gave away a penalty on the 40 minute mark which was slotted by Argentine fly half Boffelli – making the score 19-10 in favour of the hosts.

Posted By: Luke Stockwell
Thanks
Sorry there has been an error