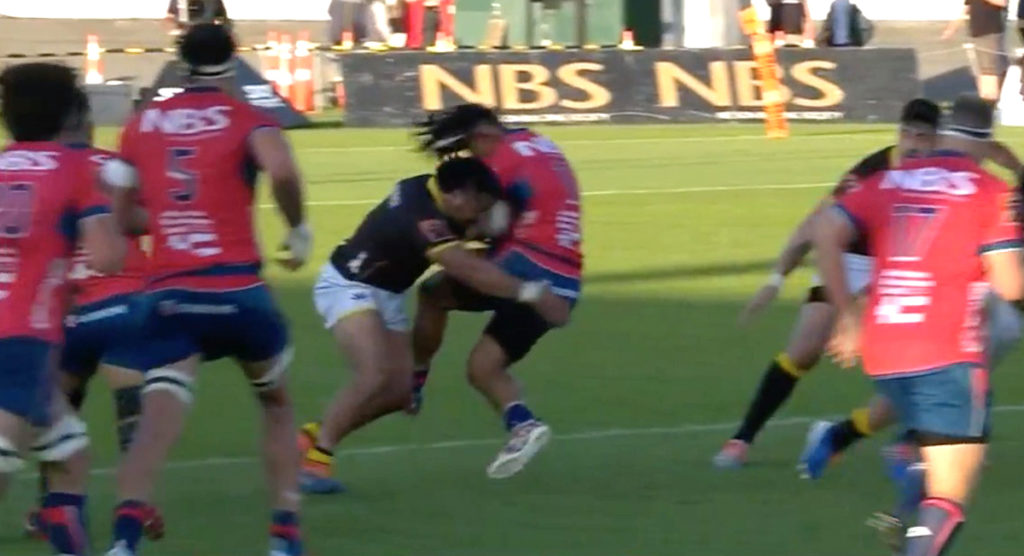 While the Rugby World Cup is naturally the core focus for rugby fans at the moment, there have been multiple domestic competitions taking place around the globe, including in New Zealand with their Mitre 10 Cup.

The tournament, traditionally known as the NPC or National Provincial Championship, produced this bell ringer last weekend, as renowned hard-hitting hooker Asafo Aumua made his presence felt in no uncertain terms.

The match was actually the Premiership final, with the Tasman Makos continuing their unbeaten run to beat Wellington 31-14 in a thrilling contest in front of their home crowd in Nelson.

WATCH: Young Asafo Aumua shows that he is a tackling beast too

They became the first team since Auckland in 2007 to finish the season unbeaten.

Watch Aumua, who has built a massive reputation for his physical presence, destroy winger Leicester Fainga’anuku in the clip below.

The hooker thumped him so hard and the shoulder impact was so true, that Fainga’anuku went flying to the turf in one of the biggest bits of contact seen this season.

Catch up on the full match highlights that included some great play and wonderful tries: