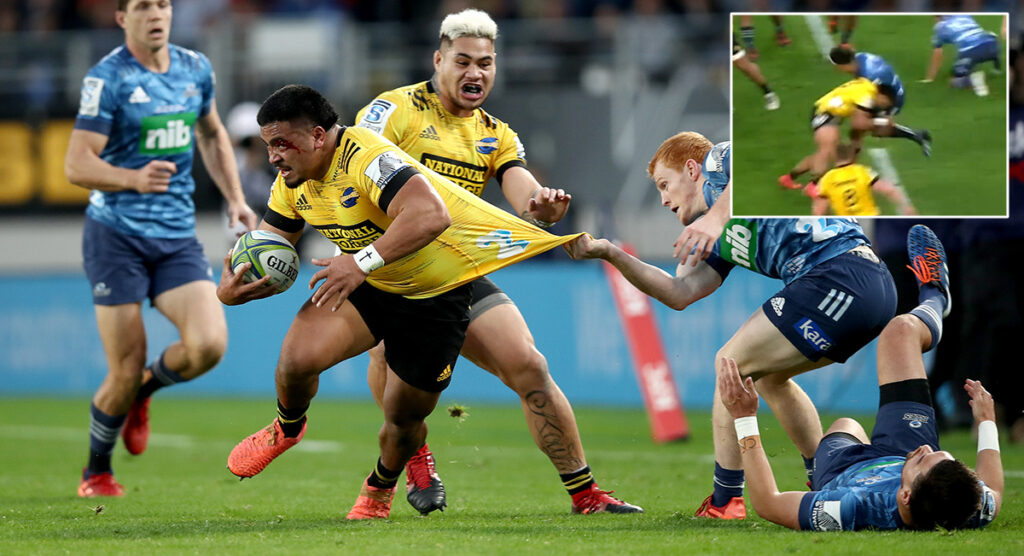 Super Rugby Aotearoa kicked off with two thrilling games in week one, including a sold-out clash between the Blues and Hurricanes at Eden Park in Auckland. In the second half of the game, Asafo Aumua entered the fray in typical fashion.

We’ve seen Aumua, now 23-years-old, pull off multiple feats of athleticism and brute force power in recent years. When playing for New Zealand’s Under 20s, he scored some stunning tries to put himself on the map.

Asafo Aumua was at his rampaging best at the #WorldRugbyU20s in 2017. pic.twitter.com/35NOA4xxoq

That followed with Wellington in the Mitre 10 Cup.

And with that, Asafo Aumua was barred from the front row union. pic.twitter.com/k5B2PwCRY7

He made his All Blacks debut at the age of just 20, and is now a regular player to watch out for when the Hurricanes play, and someone who is always likely to make an impact, especially if from the bench.

That’s exactly what happened in round 1 of Super Rugby Aotearoa, when Aumua came on and within seconds, put in an almighty shot on a far larger player. He followed that up a few minutes later with a powerful charge down the left wing, bowling over Otere Black in the process.

While each of those moments were not perfect and included some loose play, there’s little doubt as to how exciting he can be to watch.

The Hurricanes next play the Chiefs away on Sunday.