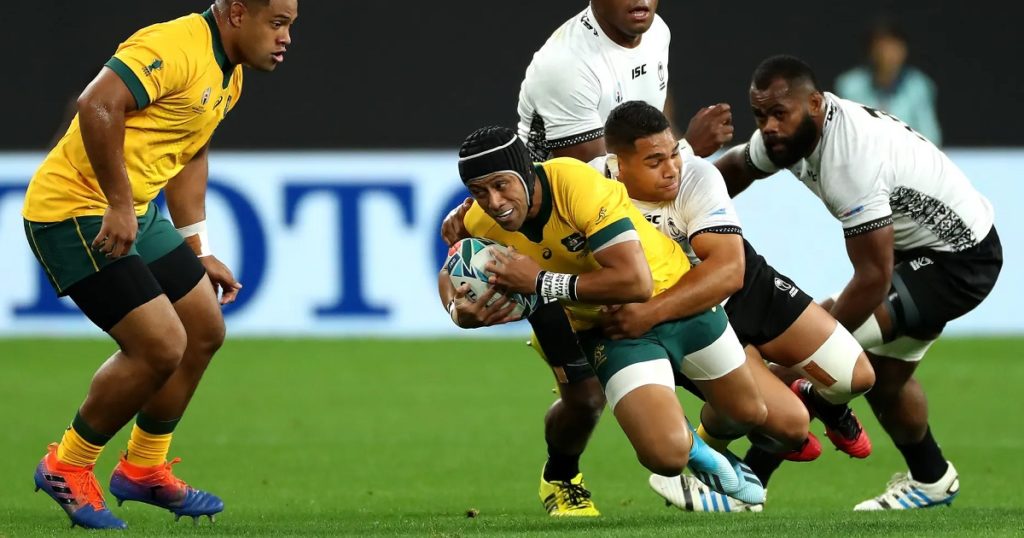 Australia kicked off their Rugby World Cup campaign with a hard-fought 39-21 victory over Fiji, bagging the bonus point following a first half scare.

Tries from Michael Hooper and Reece Hodge helped the Wallabies stay in touch at the half-time break following a spellbinding start from the fancied Fijians.

Silatolu Latu bagged a double before a final flurry from Sam Kerevi and Marika Koroibete sealed what ultimately became a comfortable victory in the end.

Fiji for their part, looked like causing a huge upset on the opening weekend after a superb start which yielded eight points within the first eight minutes.

Three Ben Volavola penalties and a try from Peceli Yato gave them a 14-12 half-time lead.

Waisea Nayacalevu added a second try just after the second half got underway, extending the lead to 21-12.

But the Wallabies remained calm and fought back to out-muscle and out-last their opponents in the final quarter, to start their quest for a third World Cup triumph in victorious fashion.