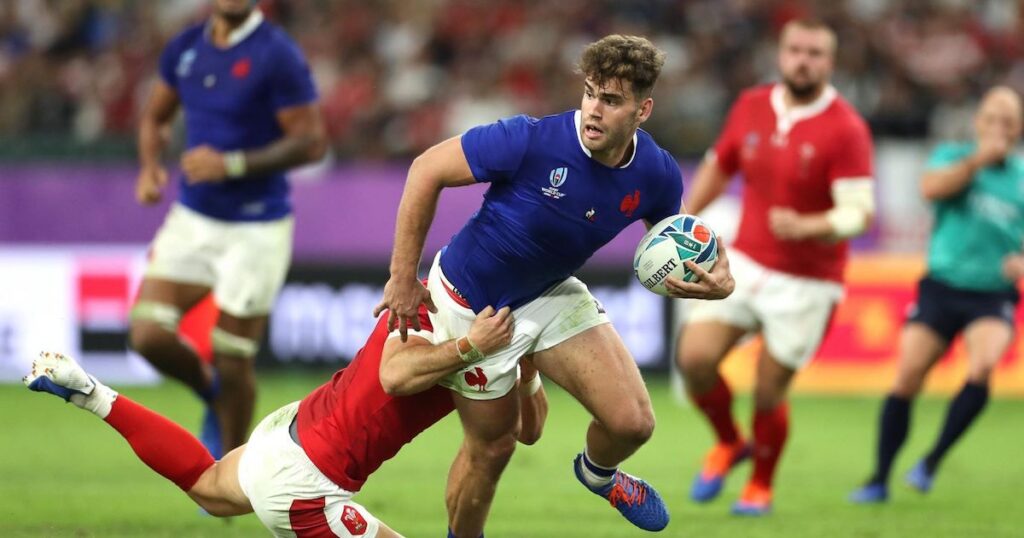 The French national team has been dealt something of a blow ahead of the Autumn Nations Cup after star winger Damian Penaud suffered an ankle injury which forced him out of Clermont’s Top 14 clash with Agen last weekend.

Penaud has been a major part of the national squad for the past two seasons and was set to play a crucial role in the upcoming eight-nation tournament.

Clermont Auvergne confirmed on Monday that Penaud had suffered a “tibiofibular sprain” and was expected to be out of action for up to eight weeks, ruling him out of contention for the tests.

France head coach Fabien Galthié is expected to name his 31-man squad for the Autumn Nations Cup on Wednesday, and Penaud was tipped to be one of the certainties on the wing.

Penaud has scored five tries in 17 appearances for Les Bleus and is known for his upper-body strength and impressive strike rate with Clermont, both domestically and in Europe.

A team statement said that while Penaud will be out for “a number of weeks” the injury will not require any surgery.

“Damian Penaud injured his ankle last Thursday before the match against Agen. He underwent exams this weekend, which showed a ligament injury on the tibiofiublar joint.

“Even though this injury does not necessitate surgical intervention, it will rule the international winger for a period of six to eight weeks, [which] also rules him out of the Autumn Nations.”

Enjoy some of Penaud’s best moments below