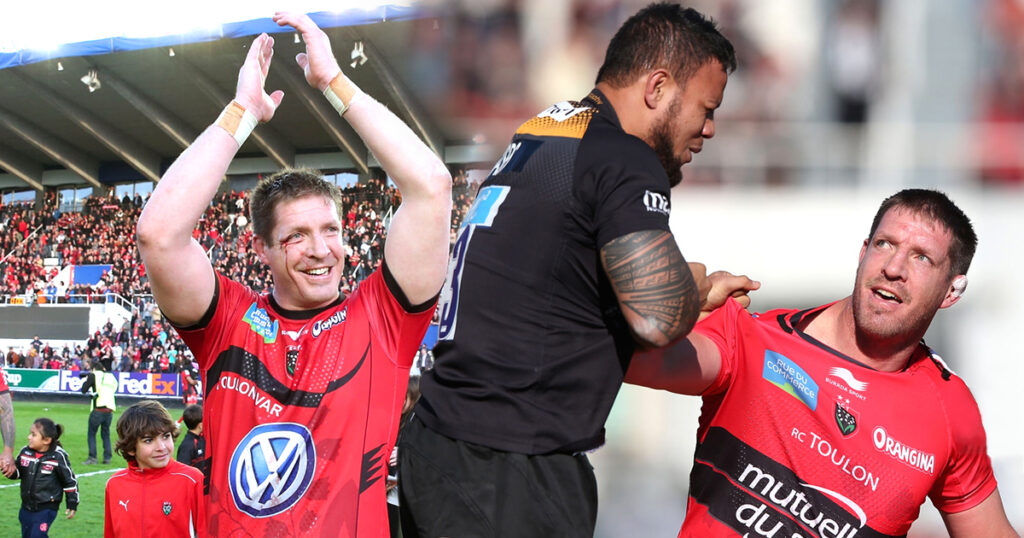 Former South Africa and Toulon lock Bakkies Botha has said he is “humbled” to be described by Bernard Laporte as the “greatest player” he coached.

The former France and Toulon coach lavished the 2007 World Cup winner with praise recently in an interview after the two worked together at the Stade Mayol at the beginning of last decade, winning three consecutive European titles. Laporte said:

“For me, Bakies Botha is the greatest player in the world that I have coached in my career. Afterwards, it’s difficult to compare because Jonny Wilkinson was excellent, Matt Giteau was monstrous.

“But Bakkies Botha was so strong physically and I would have liked so much to be like him on a field to scare everyone and smash everyone.”

FLASHBACK: Bakkies Botha’s Test debut gave us a glimpse of what was to come

Botha recently responded to this on Twitter, saying he is “humbled” to receive such acclaim from a coach like Laporte, who has worked with some of the greats of the game during his career.

He said: “I have always thought of myself as one of a kind, but to read a special man like Bernard Laporte say I was the best player he ever coached made me feel humbled but also proud.

“I went to Toulon to create rugby history and we did.”

I have always thought of myself as one of a kind,but to read a special man like @BernardLaporte_ say I was the best player he ever coached made me feel humbled but also proud.I went to @rugbytoulon_ to create rugby history and we did 🔴⚫️🏆Regards and Blessings THE REAL ENFORCER pic.twitter.com/fbNHErlIo8

He ended his career in 2015, adding a Top 14 title to his three European titles, as well as earning nine more South Africa caps.

Laporte highlighted Wilkinson and Giteau when discussing some of the legendary players he coached, but they were just two of the many superstars in Toulon’s Galacticos that dominated European rugby. On top of that, he encountered some French greats during his eight years in charge of Les Bleus.