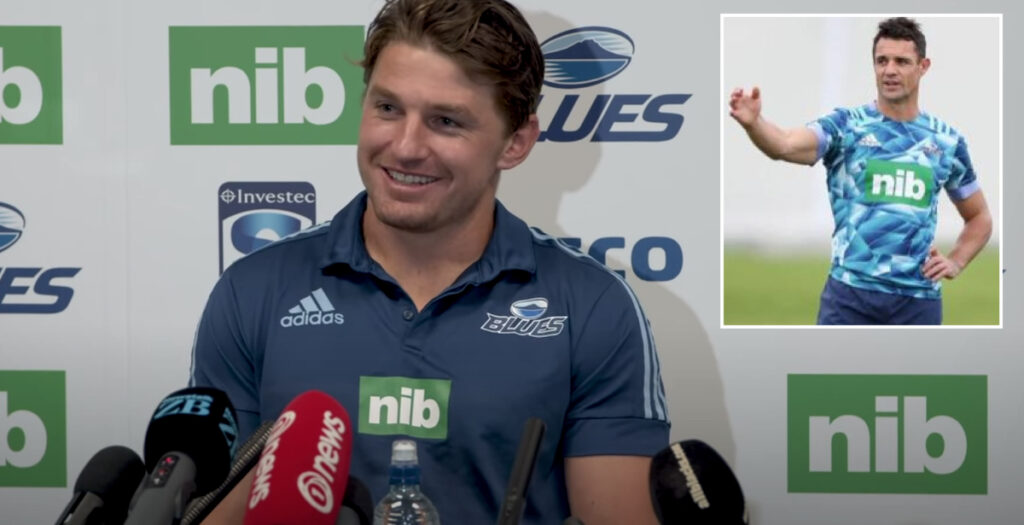 Blues star Beauden Barrett said he has already learned from legendary All Black Dan Carter after the veteran signed with the club just a week ago.

“The first day back at training he gave me feedback which was so good to hear,” said Barrett in a press conference. “The boost he’s given to the team and me personally is huge.”

Carter, now 38, is regarded by many as the Greatest Of All Time (GOAT) and signed with the Blues for the Super Rugby Aotearoa competition set to begin this weekend.

Throughout his illustrious career Carter has earned 112 caps for the All Blacks and is the leading points scorer in Test match history.

Barrett added: “The return of DC is huge for the game of rugby and at his age to still play in this competitive competition is something we should all strive for. I haven’t told him that we have a first five who’s half his age.”