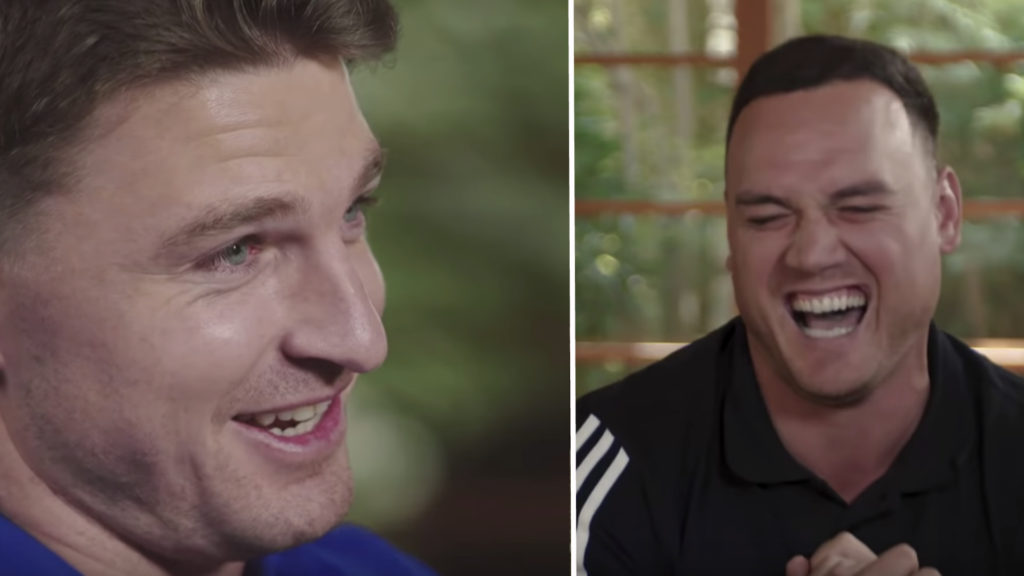 This is what everyone wants to see in terms of rugby content. Two players having some serious banter that is completely genuine, and actually very funny.

New Zealand star Beauden Barrett sat down with former All Black Israel Dagg for an interview on all things rugby, and the one thing that we couldn’t get over was the chemistry that these two players had.

From the very moment that Barrett walked into the room during this interview, both players were already laughing, and it makes for an infectiously funny interview which means you can’t help but smile.

Anyone standing in the way for a third World Player of the Year award for Beauden Barrett? #rwc #rugbyworldcup #nzrugby #allblacks #rugby #rugbygram

Beauden has a long history of watching Dagg’s generation at the World Cup. In 2011, he watched on television as the All Blacks went down to their fourth-choice fly-half (Stephen Donald) in the final against France, as Dan Carter, Colin Slade and Aaron Cruden had all gone down with injuries. Donald provided what turned out to be the winning points.

It’s strange to think that this is only Barrett’s second World Cup, he seems to have been around forever.

Barrett will be hoping that he can inspire future stars with his performance against England, which will arguably be the toughest test so yet of the tournament for him.

This interview was truly funny, just look at how naturally the banter flows between both of these stars.

The full interview can be viewed here, we suggest you watch all of it.