Behind the scenes of Freddie Burns' lockdown workout 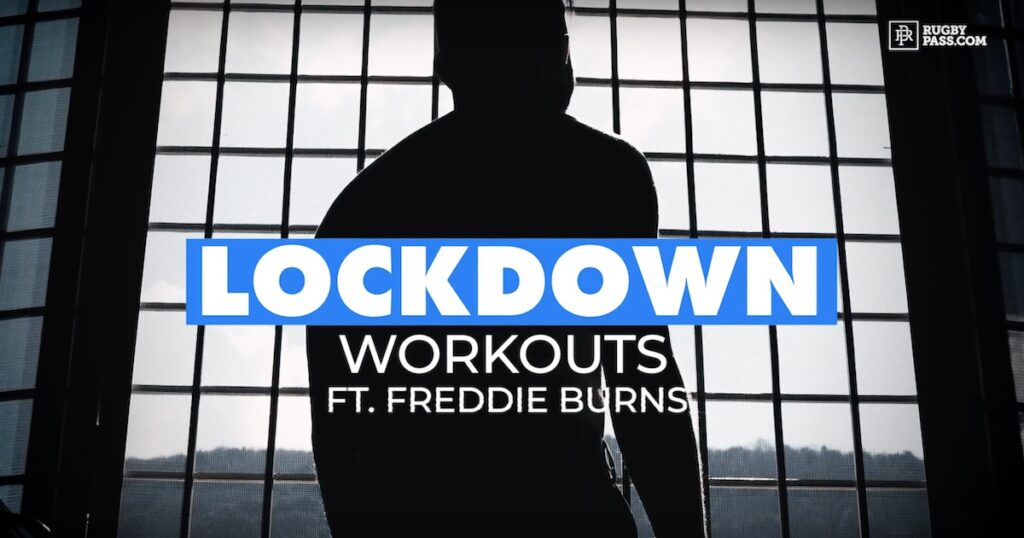 Rugby is in a period of indefinite pause right now and a number of players are adapting to self-isolation as restrictions continue to keep competition at a standstill. Bath’s Freddie Burns has shared his experience of trying to keep fit while stuck at home.

In his own gym at home, Burns starts off with a minute’s worth of 65rpm on the exercise bike followed by another minute of 30rpm to warm-up. A half hour session burns off 300 calories before he heads outside to work on his passing skills.

Helped by brother Sam, the passing challenge was going well…until Sam’s trick-shot failed miserably by heading over the neighbour’s fence! It’s a scene most boys have practiced and perfected over the years, with the recovery of said ball by vaulting over the fence while Freddie’s wife watched on in despair no doubt resonating with many viewers.

So far, all competitions have been postponed, with the Gallagher Premiership currently halted for at least five weeks. The Premiership Cup final has been cancelled, while a decision on the Premiership final itself has yet to be made.