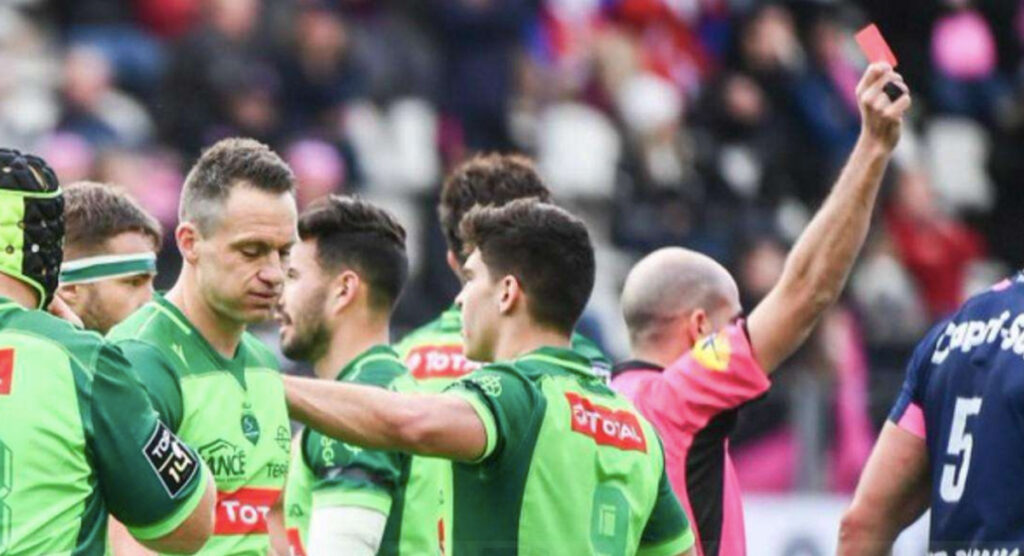 Former Highlanders and All Blacks utility back Ben Smith had a dreadful Top 14 debut for his new club Pau on Saturday. Not only did Smith’s new team lose 21-18 to Stade Francais, but his day was also cut short after being shown a straight red card.

Referee Alexandre Ruiz determined the shot was worth a red card and sent Smith off after he left Stade hooker Lucas da Silva flat on the field about 10 minutes into the second half.

Of the incident, Pau coach Frederic Manca said: “We’re a little sad for him… There was no intent to lift the elbow or plant it in the throat.”

Smith was capped 84 times with the All Blacks and was a member of the squad that won the World Cup in 2015. He joined on with the French outfit after this year’s Rugby World Cup and is contracted through June 2020.

Even with the win, Stade Francais remain at the bottom of the table, while Pau are eight points clear and third from the bottom.