Big call for Premiership Director of Rugby to be removed!

It’s not been the best year for Bath.

I think that’s fair to say?

As we’re all in agreement here, I’ll move on.

Earlier on in the season Bath announced that Stuart Hooper would be taking a step back to focus more on the backroom roles of the club. This will involve bringing in experienced coach Johann van Graan from Munster to take control of the on field activities come summer 2022.

That announcement did nothing to help with the short term problems however, with zero wins in the Gallagher premiership at the end of 2021, it took a long old time to see any sort of improvements on the field. But come the start of 2022 there were glimpses. Bath finally picked up their first win of the season, and fans were finally given something to cheer about. 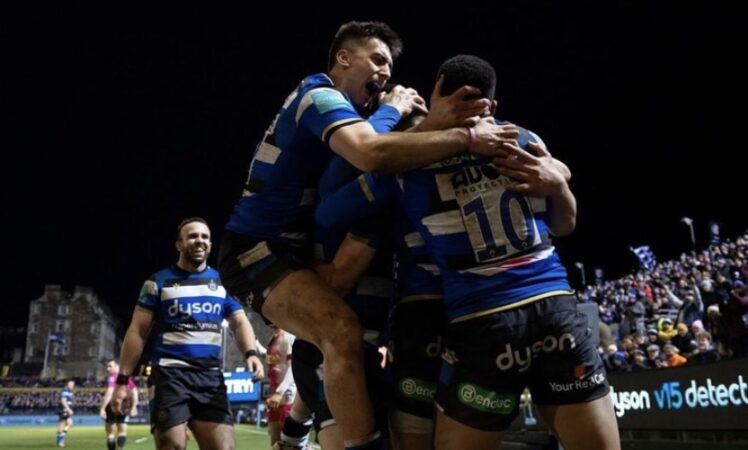 Unfortunately for Hooper and Bath, it’s now May and results haven’t really picked up.

With a squad of so many talented individuals and internationals, a bottom placed finish seems unfathomable.

For those optimists, it could be argued that Leicester found themselves in a similar position just a couple of years ago, the whipping boys of the league, an easy five pointer. The difference is however, Leicester had a plan, a system. Bath appears not to.

It’s not all bad news at the west country side however, so don’t pull the emergency brake quite yet Bath fans.

With a plethora of young talent coming through, there are plenty of reasons to be positive. The point is though, if these youngsters are to thrive, then they need the environment to do so.

Ex-Scotland player Jim Hamilton has had his say on where the real changes need to happen.

Skip through to 15:38 to listen to the Stuart Hooper discussion: