Sale are well known for their physicality with a plethora of South African stars. The Du Preez brothers appear to take up half the team sheet week in week out, with the likes of Faf De Klerk adding a more dynamic aspect to their game. The total of 12 South African players is going to diminish after the season however with 2 of their World Cup winners departing.

With 120 appearances between them, the little and large duo of Faf De Klerk and Lood de Jager are due to depart the Manchester based club at the end of the season.

Having both played important roles in helping Sale Sharks reach the Gallagher Premiership playoffs last year for the first time in 15 years, it is now time to find pastures new for the duo. Injuries have unfortunately caused both players to miss a lot of game time over the past year. Faf picked up an injury during the 2021 British and Irish Lions tour and Lood found himself on the end of a nasty leg break during training towards the end of last season.

Sale have released a statement that reads: “Everyone at Sale Sharks would like to thank Faf and Lood for their huge contribution to the club over the past five years and we wish them all the very best for the future.”

With no news currently on the next steps for either player, the rumour mill will no doubt start to turn. What is for sure though, whichever club snaps up these international titans will benefit from a wealth of experience and world class quality. 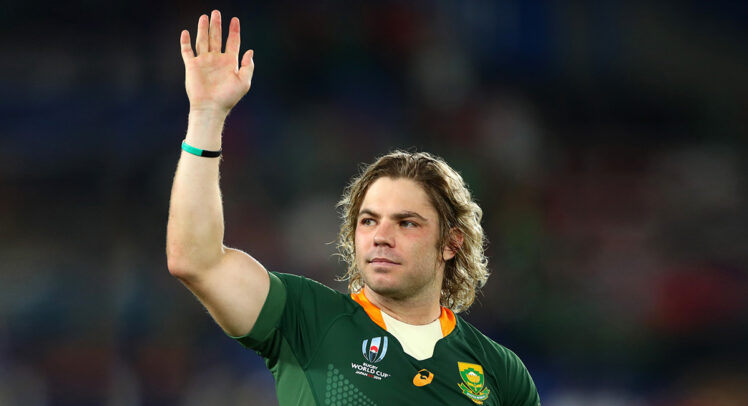