Billy Vunipola confirms he is staying with Saracens next season 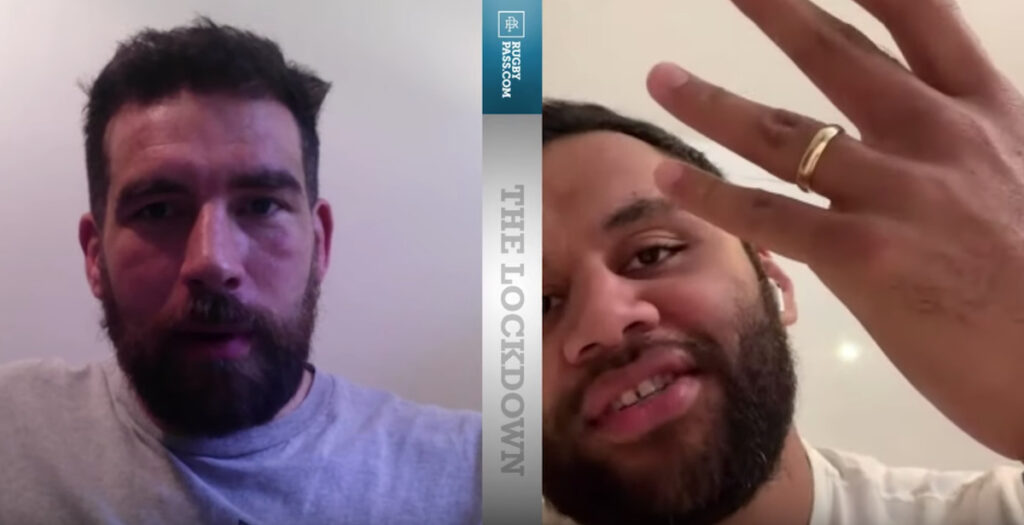 Saracens number eight Billy Vunipola joined Jim Hamilton on FaceTime in the latest edition of The Lockdown with Rugbypass.

The 27-year-old England star revealed that he’s “definitely staying” at Saracens next season to play in the Championship after Saracens were relegated for breaching the salary cap.

“Yes, I’m definitely staying,” said Vunipola. “I haven’t spoken directly to the powers at the top, when it comes to England or at Sarries, as to what will happen in terms of international recognition but the one positive is my body will take less of a battering.

“I’m excited for next year. I’ll play as much as I can, try to help the team as much as possible and hopefully we’ll come straight back up.

“My little cousin (Manu Vunipola), who’s playing at 10, and players around him, are going to get an opportunity to play against really, really experienced players in the Championship.

“We’ll probably get taught a few lessons but it will be good for their progression. In two or three years these guys will be at the top of their game and the English game. That’s something people haven’t really thought about.

“We’re in a situation where we’re going to struggle to keep hold of good players. As you know, the environment always breeds players that want to reach the top.”

In recent seasons Vunipola has suffered broken forearms on both sides which cost him more than a season’s worth of rugby.

Vunipola added: “I probably wasn’t looking after it really well when I first broke my arm. Not listening to medical advice in wearing protective gear around it, so that was on me. But now with the lockdown and not knowing when the season will start again it’s given me time to let it heal and let it get better on its own, rather than me always rushing back for a big game.

“I got into a bad cycle of always getting back quickly. It started in 2017 and 2018. I won’t have to rush back for a big game like Leinster, who we would have had to play in two weeks’ time.”