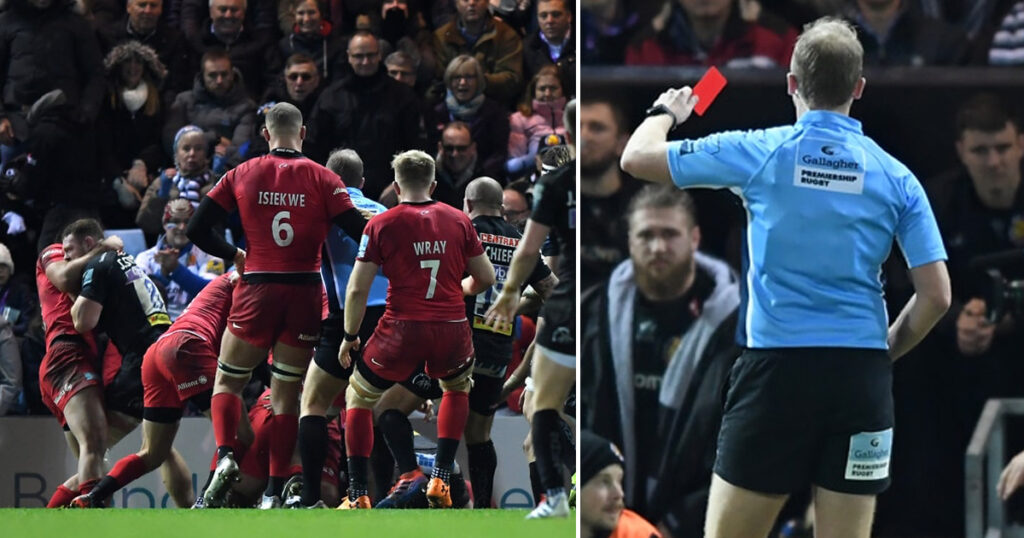 Things got heated at Sandy Park as Exeter Chiefs and Saracens waited until the 77th minute to have a full go at one another, while replaced prop Harry Williams was unable to resist joining in from the bench.

A bit of a brawl broke out after Duncan Williams flipped Nic White off him after a lovely cross kick late in the game.

It was the spark that set off an ugly few minutes, as players came rushing in, including Williams from the bench.

“What is not acceptable, is a replacement coming in and escalating everything,” explained referee Wayne Barnes to the captains, after he told his assistants that Williams escalated the situation “through the roof”.

“The penalty is against Exeter, and I’m sending off Harry Williams.”

Saracens Billy Vunipola was perhaps a bit lucky to not test Barnes’ patience too much too, as he stood in front of the referee, refusing to move, saying “I’m a grown-ass man.”.

It's just got very heated at Sandy Park! 😡🤬

Duncan Taylor grappled into touch and a large mele ensues…

Harry Williams earns a second yellow card for his involvement from the bench. 🔴 pic.twitter.com/tqGpivNoPO