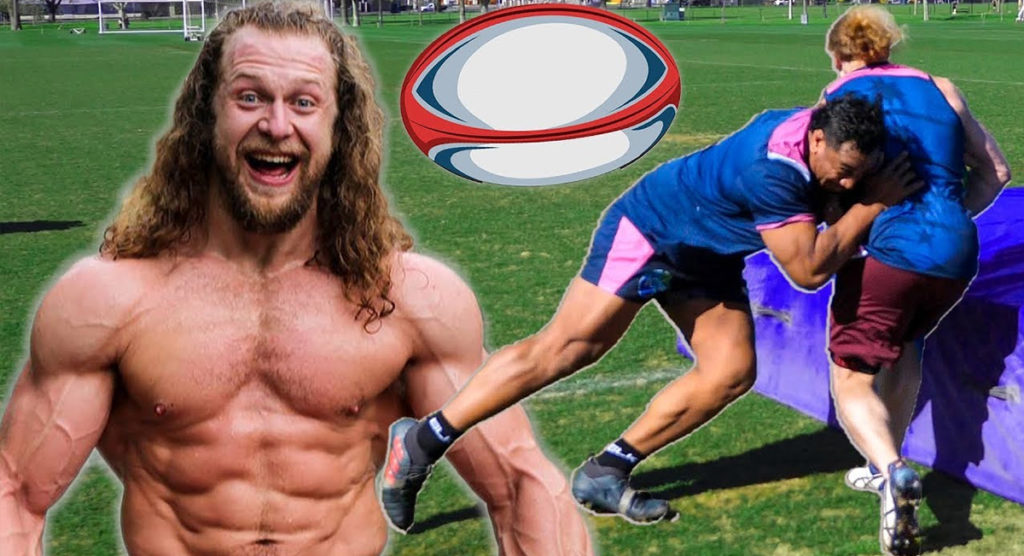 Youtuber Jujimufu learned a painful lesson at the hands of the Melbourn Rebels – that there’s more to rugby than a shredded physique and huge muscles. In this lighthearted video, the Rebels put him through his paces and taught him a thing or two about correct technique and terminology.

If you’re already a fan of Jujimufu – whose real name is Jon Call –  then you’re well aware of his insane fitness regimen. He’s carved out a nice online presence with jaw-dropping and often hilarious videos that mix bodybuilding with his impressive acrobatic fitness.

His rise in popularity has seen him rubbing elbows with other huge names in the fitness world, such as Hafþór Júlíus Björnsson, aka: “The Mountain” from Game of Thrones.

This installment finds him in training with the Rebels, where he performs various rugby-related challenges, such as line-out throws, passing, and tackling.

The highlight of the video is him being smashed by Pone Fa’amausili, all in good spirits, of course.

How the big-name signing really went in Major League Rugby