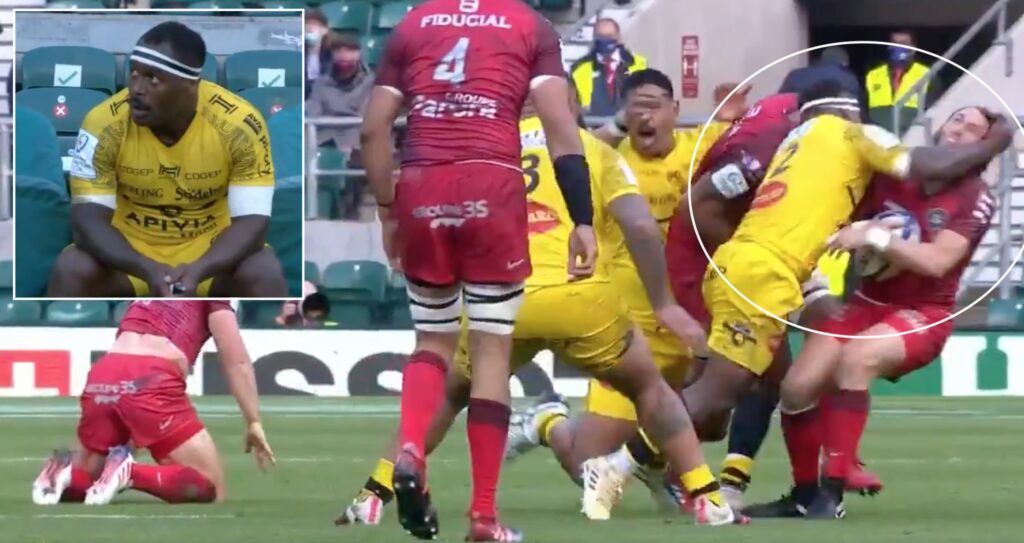 La Rochelle’s Levani Botia has been suspended for four weeks following his sending off in the European Champions Cup final loss to Toulouse at Twickenham.

The Fijian was shown his marching orders in the 28th minute after a high tackle on Toulouse full back Maxime Médard, becoming the first player in the history of the Champions Cup to be sent off in the final.

La Rochelle went on to lose narrowly, with Toulouse claiming its fifth European title in a dramatic game in London.

Botia’s suspension also means that he will play no further part in the Top 14 season.

The Committee upheld the red card decision, finding that Botia had made contact with Médard’s head in a dangerous manner. It then determined that the offence was at the mid-range of World Rugby’s sanctions and selected six weeks as the appropriate entry point.

Taking into account the player’s guilty plea and timely expression of remorse, as well as his prior disciplinary record, the Committee reduced the sanction by two weeks before imposing a four-week suspension which will conclude once La Rochelle’s TOP 14 fixture schedule is decided.

Both Botia and EPCR have the right to appeal the decision.