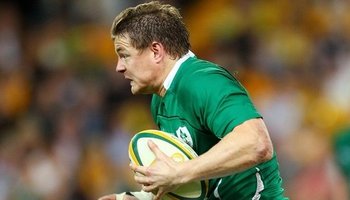 While the beauty of rugby is its many different facets, moments of sublime skill are perhaps right up there with why we have such an undying love for the game. Theres certain moments that will live on and be talked about for many a year to come. Brian ODriscolls try against New Zealand is one of those such moments.

Although its been included in the match highlights from the game, I doubt many of you would complain about having access to watching it again on its own and be able to find it easily when telling your mates about it or sharing with those who missed it.

The way that ODriscoll scooped up the ball with consummate ease said everything about the man and his high quality career. At times, especially in recent years, his powers have been questioned but in that moment, in that split second, there couldnt have been a true rugby fan anywhere in the world who didnt say Wow, or possibly some other choice word.

It was his 41st try for his country, and some will say it might have been his best. Of course in rugby you have to try things and sometimes they dont come off, but there arent too many other players around who would have the audacity and self belief to do that at such high speed, against the All Blacks. Instinct and natural ability take over.

This weekend BOD is set to win his 107th Test cap for Ireland and lead them for the 70th time. They play Argentina, a side who in recent times have caused them somewhat of a headache at times.

This clip features the try, but also includes another neat bit of skill from him during the game.