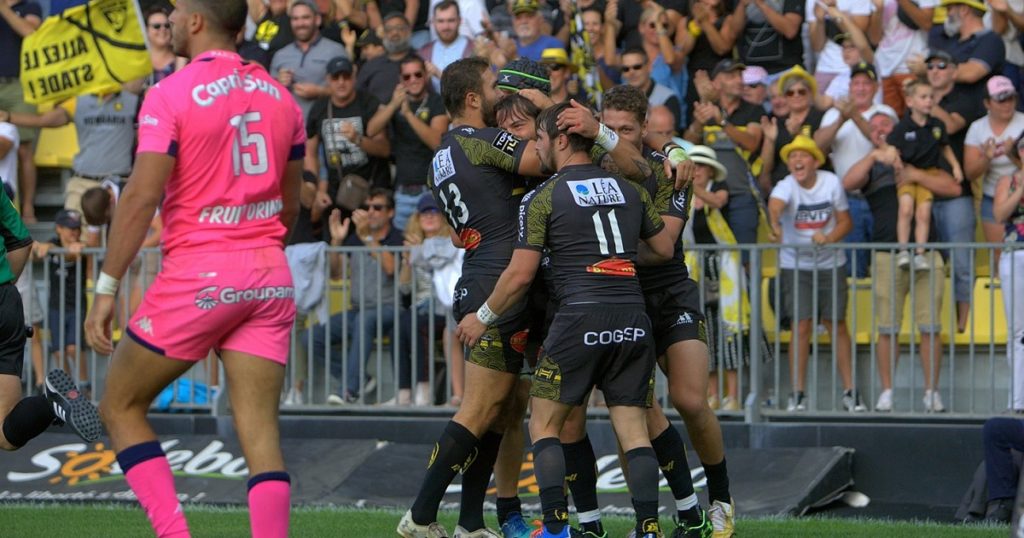 Last year’s beaten Top 14 finalists La Rochelle recorded their first win of the new season with a cagey performance at home to Stade Français. The hosts survived a late fightback from the Parisian side to secure a narrow 28-26 victory.

The two sides were evenly matched throughout a competitive first half, with the home side edging into a 20-14 lead at the break courtesy of tries Jone Qovu and Pierre Aguillon.

The visitors bagged a brace of tries themselves: a penalty try which resulted in Jeremy Sinzelle being sin-binned followed by Kylan Hamdoui’s effort five minutes later.

Of the tries, Aguillon’s effort was undoubtedly the pick of the bunch. It’s featured in the Top 14’s top 5 tries of the weekend.

Stade’s rush defence was an effective tool for much of the game and with La Rochelle pressing deep in their 22 on the brink of half-time, the visitors were keen to stub out a final attack of the half.

Quick hands and simple heads up rugby was the key for La Rochelle, who combined brilliantly between full-back Sinzelle, who came into the line, and hooker Jean-Charles Oriola to free up space for winger Retière’s final pass to Aguillon.

This gave the hosts a 28-14 lead heading into the final minutes, but Stade admirably fought back to score two late consolation tries from Jonathan Danty and a second from Hamdoui.

Had Stade managed to find their second half form earlier, they could have made more of a fight of it, but for Ronan O’Gara’s La Rochelle the first win of the season was well earned in the end.