Bristol Bears show how despite having one foot out the door, legend George Smith still played his role 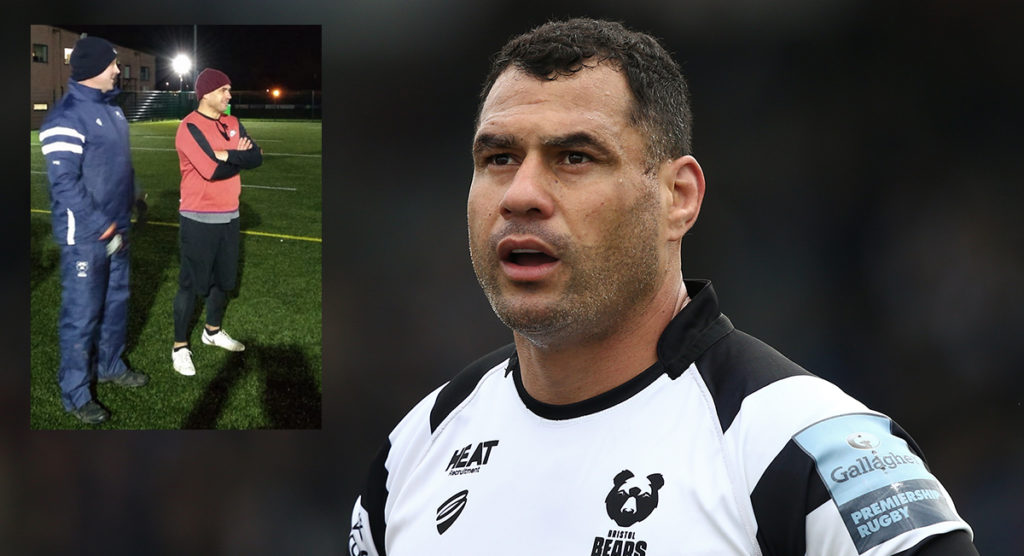 Bristol Bears bade farewell to one of rugby’s modern greats at the weekend, as the 38-year-old George Smith played his final game.

The 111-cap Wallaby arrived at Ashton Gate at the beginning of the season, and has helped Pat Lam’s team in their first season back in the Premiership. He made his last appearance in professional rugby against Newcastle, before he moves on to become coach of Japanese outfit Sungatory Goliath.

Smith may have not stolen many headlines this season, but Bristol have been keen to show what a player he has been for the club, particularly off the pitch.

Bristol Bears Academy tweeted recently how Smith continued to work tirelessly in training in his final week as a professional player. They said “Young players trying to be the best they can – Be like George!”

Watching 1st team training this week & was struck by George Smith doing fitness & skills extra’s – in his final ever week as a professional! No wonder he has been at the top for 20 years! Young players trying to be the best they can – Be like George! pic.twitter.com/2HhT0W62rl

They also described how much he has helped with the academy throughout his year with the club, rightfully calling him a “legend”.

He also contributed in helping the younger players coming through the Bears system – word “legend” is readily overused, feel confident in using it with regards to George! Top man – best of luck for the future! https://t.co/7VoVlGPS5K

While this may not be a lengthy eulogy to one of the greatest players of his generation, it is still an insight into why Smith has remained at the top for so long.

Staggeringly, Smith made his debut for the Wallabies in 2000, which is simply an unprecedented longevity in modern rugby. Despite playing 111 tests, the fact that he has played up until now is remarkable.

Smith effectively retired from international rugby in 2009, although he did come back in 2013 for a Test against the British and Irish Lions. By then, he was already the youngest player to achieve 100 caps, at the age of 29. If he continued to represent his country, there is no doubt that he could have eclipsed Richie McCaw’s caps record. Then again, he probably would not have been able to play until he was 38.

Smith has been a standout player for almost every team he has ever played for. In 2015, he joined Wasps, with many unsure how much he would be able to provide. However, he went on to win the Premiership Players’ Player of the Year accolade in his first season, despite being the age of 34.

Although one of the most interesting careers of the professional era is coming to an end, Bristol have given an insight into how much he has been able to contribute to the game for so long, and perhaps why it will be a while before another player has a career so long and varied as his.

Bristol Bears show how despite having one foot out the door, legend George Smith still played his role | RugbyDump - Rugby News & Videos