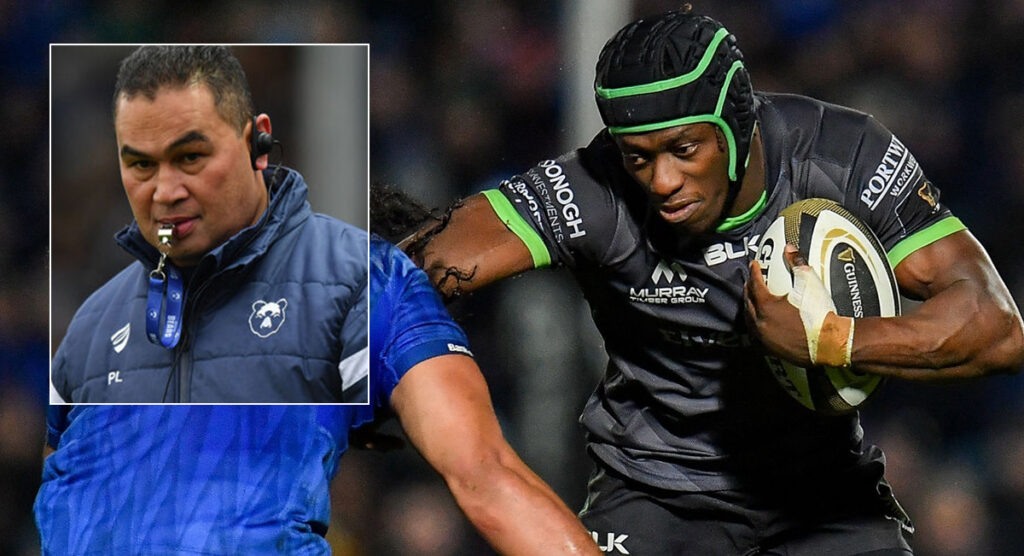 Bristol Bears head coach Pat Lam has admitted that he was very surprised to be able to snap up former Ireland wing Niyi Adeolokun on a short-term deal after he was released from Connacht.

Lam has signed the winger on an injury-cover deal until the end of the delayed 2019/20 campaign, revealing the 29-year-old had already been training with the Bears for the last fortnight.

The Ashton Gate club have also brought in ex-Connacht prop Peter McCabe until the end of a season delayed by the coronavirus shutdown, while front-rower Keiron Assiratti has signed on loan from Cardiff Blues.

Adeolokun has won one cap for Ireland and helped Lam’s Connacht to the 2016 Pro12 title, and now rugby director Lam hopes Bristol can help the pacy wing rejuvenate his career.

“I was very surprised when he was let go,” said Lam, of Adeolokun leaving Connacht.

“I stay in touch with a lot of the guys I coach, and there’s obviously a lot of the boys in Connacht that I’ve got a lot of time for and I watch them closely. Obviously Niyi had a couple of niggles and I gave him and a few of the others a run at the Barbarians as well, because I know them well, I know their characters and there’s a lot of trust in there.”

“I spoke to Niyi initially more to keep his head up when he was let go, and I know he had been training with Bundee Aki because they are great friends. But then later he rang me up and asked if he could come and train with us here.

“So he’s actually been here for a couple of weeks off his own back, just to get in training in an environment. And now with the injury we’ve given him a contract until the end of the season. But he’s already been here just to train.”

Adeolokun has been drafted in as cover for Toby Fricker, who has picked up a groin injury, while McCabe and Assiratti offset the ankle complaint for Jake Armstrong, Max Lahiff’s head injury and John Afoa’s calf problem.

While Lam and Adeolokun’s long-standing bond will be extended again at Bristol, the former Newcastle and Northampton flanker admitted he hopes the speed merchant can secure a long-term future back in Ireland.

“Ideally it would be great for him to go back to Ireland, because he’s Irish qualified,” said Lam.

“It’s a good window of opportunity, it’s a shop window hopefully for the other provinces for them to look at him. This is a chance for him to show again what he can do, and hopefully he’ll get a chance to go back to Ireland.”