British and Irish Lions legend and former Scotland captain Tom Smith has sadly passed away at the age of 50.

A member of the illustrious Scottish Rugby Hall of fame, inducted just last year. Smith was a player with a wide variety of skills lightyears ahead of other props of the era.

Described by former coach Jim Telfer as “a rugby player first and a prop second. He was never compromised when he had the ball in his hands. He could move it quickly or take the player on or hold it up. His skill was the thing I remember with Tom.” 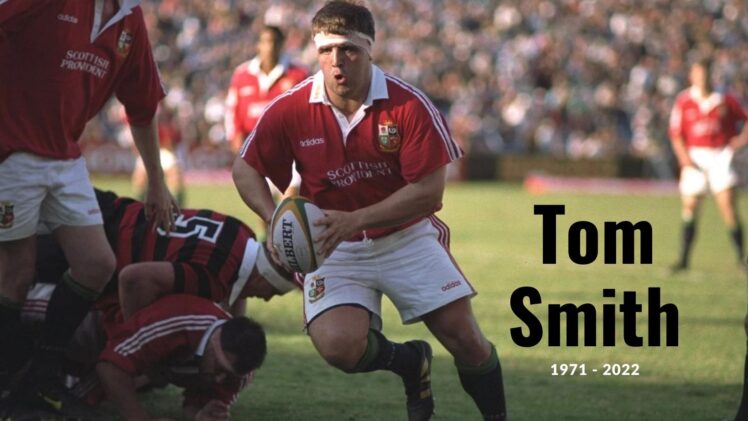 A tenacious player, Smith started his senior career in Scotland battling with the hardened players and weather alike as he honed his skills. This led to him getting the call up to the Scottish national side for the ever explosive Calcutta Cup match versus England at Twickenham in 1997. After just 3 appearances for the national side, Smith was then selected to represent the British and Irish Lions for the first time.

Smith was part of 2 Lions tours, including the 1997 victory over South Africa and the ill-fated 2001 loss to Australia. In doing so he became the only ever Scottish player to play in 6 consecutive Lions test matches.

As plaudits go there aren’t many greater for a Scottish Rugby player than to be described by Sir Ian McGeechan as “the greatest Scotland player of the professional era”.

As incredible as Smith was on the field, he more than matched it off. After being diagnosed with colorectal cancer in 2019 he become an ambassador for the bowel cancer charity, 40tude. The charity aims to raise awareness and funds for research into the UK’s second biggest killer for cancer.