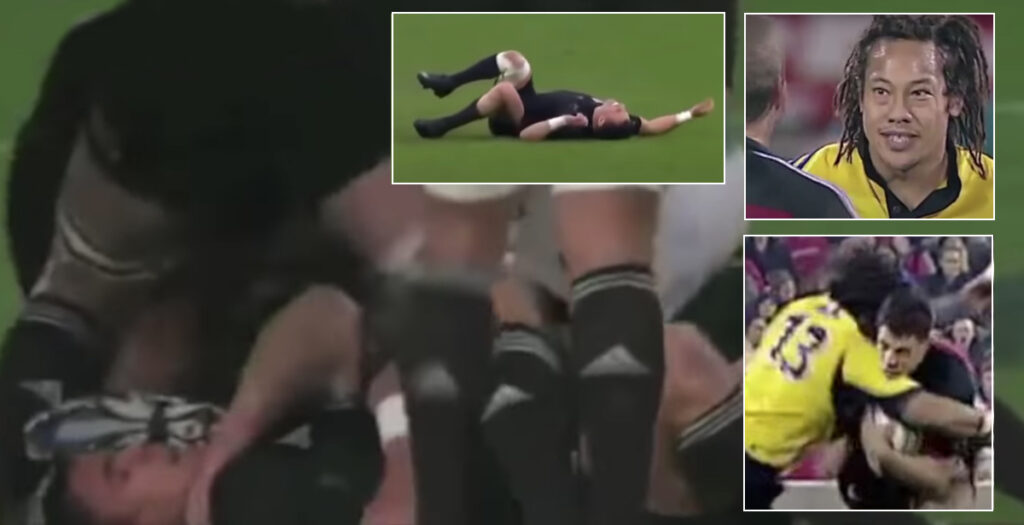 A new montage has emerged highlighting the brutal side to All Blacks legend Dan Carter’s game throughout his illustrious yet attritional career.

The 38-year-old has won nearly everything in rugby and is widely regarded as one of the greatest players in the history of the sport.

However being the best on the pitch made him a target and over the years Carter has suffered various injuries from big tackles or late hits, and YouTuber Andrew Forde has compiled a video to showcase this.

The five minute clip starts off with the infamous moment former All Blacks hooker and Hurricanes captain Andrew Hore flippantly asked the referee if his team were allowed to tackle Carter, just moments after Ma’a Nonu had shoulder charged the fly half.

The video then goes on to show all of the times Carter was either hit illegally or just smashed by the opposition throughout his career.

But what set Carter apart was his professionalism and competitive nature, which meant he always carried on without retaliation and came back stronger after injury setbacks, making him a truly inspiring role model for the game.