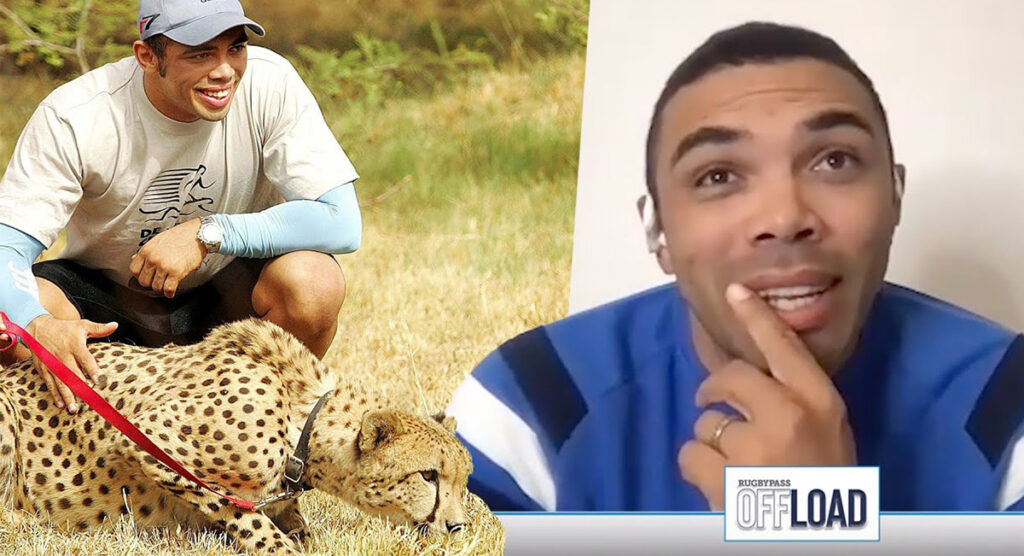 Bryan Habana enjoyed a stellar rugby career. The former Springbok speedster won a World Cup, Lions series, was IRB Player of the Year and a whole lot more. He currently sits at number two on the all-time tries list. However, there is one other very interesting moment from his career that still leads to much discussion.

In 2007, the world-class winger famously decided he would accept a challenge to race a cheetah in an effort to raise awareness of the possibility of the animal becoming an endangered species.

Habana took a moment on Rugbypass Offload to explain why he did it and how he ended up simply running for his life. Despite the controlled situation, he was still going against a large, meat-eating feline

Another interesting angle is that the race also came at a crucial time during the Super Rugby season, which left his then coach Heyneke Meyer livid with the decision.

Speaking of the moment, he said: “If this goes wrong, I’ve got no control over what the cheetah does.”

He admits that perhaps it wasn’t the smartest thing to do. “What have I got myself into?… I’m just running for my life”

He also knew it was a perfect opportunity for his haters to claim he was merely looking for a chance to flaunt his speed.

Thankfully, in the end, he wasn’t harmed and it was a successful event that brought attention to a good cause.