Campaign launches to get Schalk Brits out of retirement, again 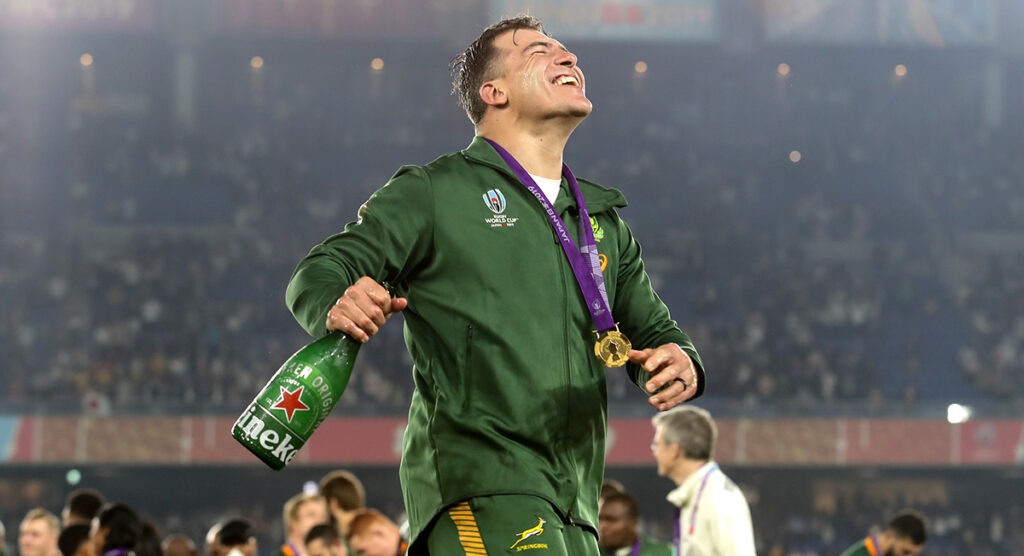 After former South Africa hooker Schalk Brits announced his retirement from professional rugby for the second time this week, his Rugby World Cup winning teammate Cobus Reinach has launched a campaign to prolong his playing time.

The 38-year-old hooker is one of the most loved characters in the game, not only for his unique style but for his attitude on the pitch.

The Northampton Saints scrumhalf Reinach has said on Twitter and Instagram that Brits would come out of retirement with 100,000 likes. This is a tall order, but nonetheless, a worthwhile attempt given the success other social media campaigns have had in recent weeks in the rugby world.

@schalkbrits told me if we get 100 000 likes on this photo he would come out of retirement for one more year 🙌🏻 If we dont, Schalla you have been the ultimate class act! Thank you for everything you brought to the team and the game. Catch you soon brother #comebackschalla

The Saracens legend Brits retired initially in 2018 after a glittering career in London. However, he made his return to rugby in early 2019 playing for the Bulls in Super Rugby, and subsequently was called up to Rassie Erasmus’ Springboks’ side for the Rugby Championship and the RWC.

He was part of the team that won both tournaments, and even captained his country against Namibia in the pool stages in Japan, where he also played number eight.

“I realised later in my career that I only had control over my own performance, and not that of other players or team selection,” he said of the RWC.

“So my view was to give it my best shot, but also to push the other hookers in the squad as hard as I could, and if I get selected, great – but it wasn’t the end of the world if I didn’t play and I wasn’t going to upset the apple cart,” he said.

“For me, this was about the journey, experiences and making memories, and being part of something special. Winning almost became a by-product of it all, not that we didn’t put in a lot of hard work and effort to be successful.

“Leaving Japan with a gold medal was obviously great, but even if we hadn’t won, I would still have loved going to Japan, being part of an amazing tournament and a wonderful Springbok squad.”

There are few better ways to go out of professional rugby that winning the RWC, and Brits will know that. But given what has happened to him over the past 18 months, nothing would be surprising, and we could be in this very same position in 2021 after he has played a series against the British and Irish Lions.

Despite announcing his retirement, Brits is still set to feature for the Barbarians over the coming month, possibly against Brazil or Wales.