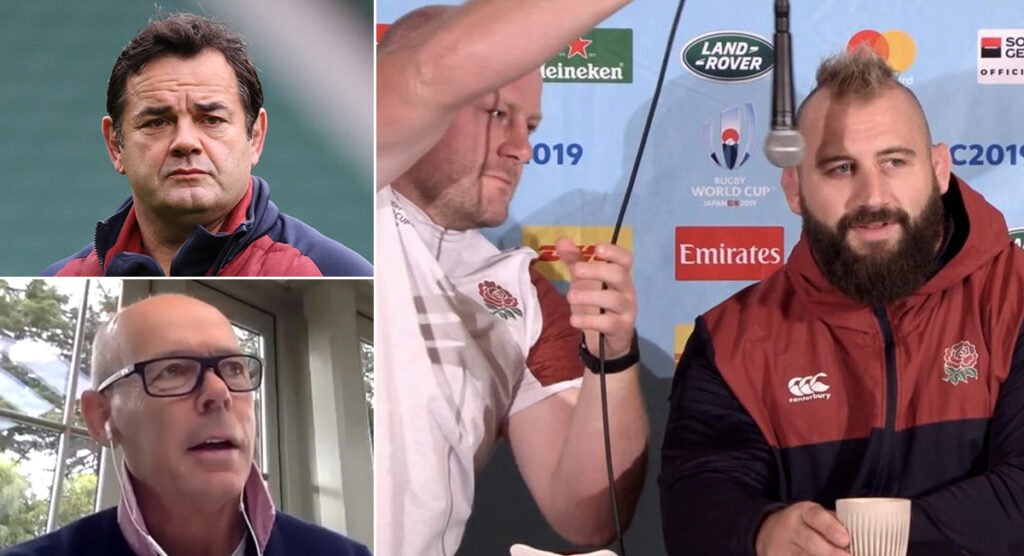 Former England captain Will Carling has said that it is “very dangerous” to judge England’s preparation for the Rugby World Cup final on two incidents, following comments made by Sir Clive Woodward.

The 2003 RWC winning coach pulled no punches recently on a webinar hosted by St Mary’s University Twickenham, where he is a visiting professor, labelling England’s conduct ahead of the final loss to South Africa as “embarrassing” and “really poor”.

“You look at the South Africans on paper and you go, ‘Wow, this is a serious team’. Of course, everyone is building up England and they didn’t help themselves. They just seemed to get distracted, it just wasn’t the same,” Woodward says in the interview, which can be watched below.

“I was with Martin and Lawrence and we were going, ‘This is going to be close, this is going to be more than close’. In fact, I thought South Africa were going to win because it was a complete reversal from the semi-final. I just saw distractions everywhere.”

The two main contentions Woodward had were the way both Joe Marler and Dan Coles comported themselves in the press conference prior to the final, and the fact that the team were late to arrive for the match.

“I don’t normally go to the press conferences despite the fact that I was working over there for the Mail and ITV. But I went to this press conference because I was interviewing Eddie Jones after the main press conference. Eddie and Owen were there and it was the Thursday afternoon, two days before the biggest day of your life, and they were okay. It wasn’t quite as sharp and edgy, there was a bit too much humour for me.

“But then they left and half the press conference left with them. Then they sent up two players. I stayed in the room. I was at the back with my baseball cap on, so no one knew I was there. The two players were Dan Cole and Joe Marler, two guys on the bench, two front rowers.

“Honestly, I sat there and it was like Laurel and Hardy. I’m just going, I know they are on the bench but this is 48 hours from the World Cup final. It was to me poor and that is me being polite. It was really poor. As history turned out, these two players would have a huge, huge role in the game with (Kyle) Sinckler going off so early. So Cole is on really, really early. Marler comes on as they take off Mako Vunipola.”

Marler has already objected to these comments, saying “change the record Sir Clive” on Twitter.

The 64-year-old contrasted this with England’s preparation for the semi-final against the All Blacks where he said “in the build-up everything was great”.

Now Carling has also responded on Twitter, saying that there are thousands of interactions before a game for a team and players, and that two do not derail a team. He said:

“Taking late arrival of the team and a press conference as evidence that England weren’t ready for a World Cup Final is very dangerous. Getting ready for a game is about 100’s, 1000’s of tiny interactions, moments. Two do not derail a team…”

Taking late arrival of the team and a press conference as evidence that England weren’t ready for a World Cup Final is very dangerous. Getting ready for a game is about 100’s, 1000’s of tiny interactions, moments. Two do not derail a team…….. https://t.co/kZFrLiSlnb

Carling has not only worked with Eddie Jones during his tenure as England head coach, operating as a leadership mentor, but captained England in the 1995 RWC.

He will be accustomed to the rigours of preparing for high pressure games from his own experience, having taken England to the semi-final in South Africa, and was probably aware of the state of mind of the Jones’ side in 2019, meaning he is well qualified to offer a retort.

Woodward’s take has already proven to be polarising, and Carling will not be the last person to offer their opinion on the matter.

You can watch the full chat with Woodward below, with his comments on the final starting six minutes into the video